KAICIID is open to all world religions, and aspires to be active among followers of each one. There are few countries more religiously diverse than India, with significant populations of Christians, Muslims, Sikhs and Hindus.  Managing the interests and mutual understanding of the different groups is important to preserve peace and the safety of minorities, as well as to prevent violence. KAICIID worked in India in 2013 a symposium was organized to explore how IRD could benefit educational materials in the region, and in 2014 the Dialogue Days initiative was launched to train religious leaders in media literacy, and young IRD practitioners in the most effective means to publicize their work through social media. Strengthening IRD in India, which took shape in 2015 built on the success of Dialogue Days, focusing on young people. The culture of dialogue is often “top-down”, i.e. initiated and driven by charismatic, elder religious leaders. To engage young people, the programme provided young people skills to engage their peers, as well as to make their concerns known to those in influential positions, without relying on elder interlocutors. Through small group training for young activists and religious leaders, 100 people were trained directly.  These young individuals were primarily nominated by their organizations because they will be best able to use their new skills to best effect for their institutions. The training included social media as a space for dialogue, media literacy, strategic advocacy for interreligious dialogue and understanding, the role of interfaith dialogues and platforms in India, as well as a five-day youth camp. As multipliers these religious leaders and future institutional leaders can work toward long-term changes in their institutions’ culture and practices.

During this initiative, a report on interreligious dialogue in India was commissioned, edited and compiled by a young team of editors following  a methodological workshop for academics, which took place in October 2015. The publication, which is understood to be one of the first comprising research in this field, is expected to be completed in Q3 2016.

KAICIID carried out the India programme with its collaborating partner Sarva Dharma Samvaad (SDS). SDS coordinated the attendance of various high-level observers and speakers, including K. G. Suresh, Director General of the India Institute of Mass Communication, Professor J.S. Rajput, former Director of the National Council of Educational Research and Training, and the Chief Minister of Uttarakhand, Harish Rawat, as well as receiving support from the Indian Ministry of Culture. 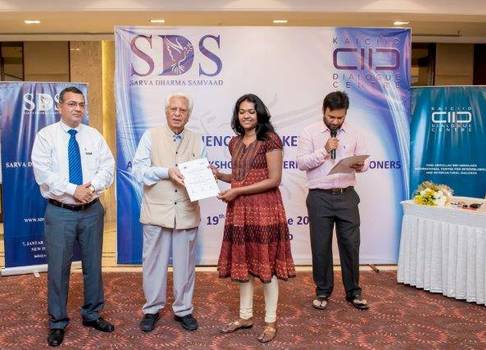 Advocating for Interreligious Dialogue in India with Sarva Dharma Samvaad 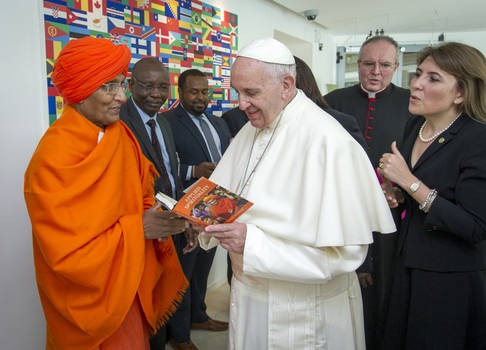