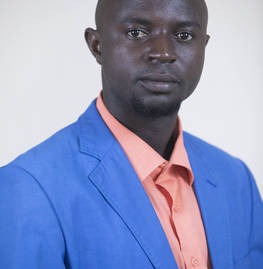 Yehonzapane Abdel Nour has a BAC bachelor’s degree, a licensate in economics and is currently enrolled in a licensate in sociology. He worked as a communication and mobilization officer and administrator for OJLD, as well as, a social animator in IRI, as an agent in charge of customers at the NGO, VIA NOVA, as a mediation consultant and national vice-president of the Central African Islamic Youth (JICA).

He is an educator and participed in a training during the restitution on interreligious dialogue given by one of the 2018 KAICIID Fellows and during the conference presented by Professor Patrice Broder at the University of Bangui in 2019. He has taken part in more than five sensitizations on the identity of the Muslims in CAR. He carried out awareness-raising activities such as a march for peace and social cohesion with UNICEF, rumor management with MUNISCA; an educational talk on inclusive security and protection of people and their property in the PK5 district of Bangui with CIT; and a walking activity followed by awareness raising on a project called Scout Solar Kilometer from France.