UN Office on Genocide Prevention and the Responsibility to Protect 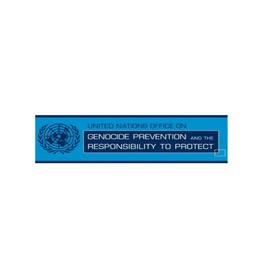 They work together to advance national and international efforts to protect populations from genocide, war crimes, ethnic cleansing and crimes against humanity (atrocity crimes), as well as their incitement. In support of their mandates, the Office collects information, conducts assessments of situations worldwide and alerts the UN Secretary-General and relevant actors to the risk of atrocity crimes, as well as their incitement. The Office also undertakes training and technical assistance to promote greater understanding of the causes and dynamics of atrocity crimes and of the measures that could be taken to prevent them; to raise awareness among States and other actors about their responsibility to protect; and to enhance the capacity of the United Nations, Member States, regional and sub-regional organisations and civil society to prevent atrocity crimes and to develop more effective means of response when they occur.

KAICIID and the United Nations Office on Genocide Prevention and the Responsibility to Protect have been working together since April 2015 on a multi-stakeholder process with religious leaders, policymakers, faith-based organizations and civil society organizations composed of five regional consultation meetings. This process produced the Global Plan of Action for Religious Leaders and Actors to Prevent and Counter Incitement to Violence that Could Lead to Atrocity Crimes, which was launched in July 2017 by the United Nations Secretary General, Antonio Guterres at the UN Headquarters in New York. The memorandum of understanding formalizes the longstanding cooperation between the two organizations in light of the complementarity of their mandates directed towards building and sustaining peace among communities around the world as well as their shared commitment to implementing the action plan.