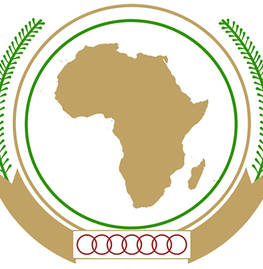 The AU, founded in May 2001 and headquartered in Addis Ababa, Ethiopia, is a union of 55 member states that work together to address major political, social and economic issues, including preventing and ending conflict and promoting pan-African development and integration.

Since 2013, KAICIID has partnered with the African Union on the implementation of Agenda 2063 and the realization of the United Nations Sustainable Development Goals (SDGs). Together, the two organizations promote a culture of dialogue among followers of diverse religions and cultures in Africa through the AU Interfaith Dialogue Forum (AU-IFDF), which incorporates the voices and concerns of religious communities into continental policymaking and explores the role of interfaith dialogue in resolving peace and security issues on the African continent.

In 2016, the AU-IFDF elected a Steering Committee, consisting of senior religious leaders and policymakers, tasked with advancing cooperation between the AU and Africa’s religious communities to reduce conflict and coordinate peace and development efforts. Since then, the Committee has met four times and produced a Six-Year Strategy for the Forum. The Steering Committee was re-elected during the third AU-IFDF in Chad in November 2018.

In 2020, KAICIID conducted a review of the work of the AU-IFDF which proposed recommendations for increasing its effectiveness, efficiency and sustainability. The Centre also supported the Forum with an evaluation of the impact of interfaith dialogue within the context of COVID-19.

Over the past few years, KAICIID and the AU have also partnered closely on peacebuilding strategies in the Central African Republic – a focus of the Centre’s programmatic work - through the facilitation of inclusive dialogues, as well as a joint project which promotes the protection of sacred sites across the continent.