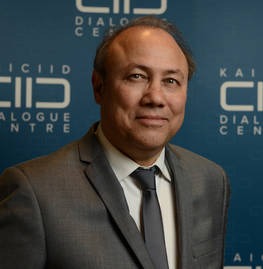 Currently, he is producer and presenter of the cultural program “Islam” broadcast on the French public channel France 2.

He is also a consultant to several French and foreign media on issues concerning Islam in Europe.