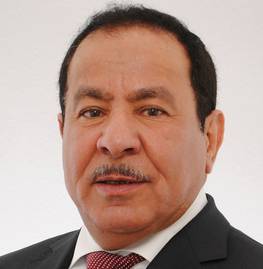 Prior to becoming founding Secretary General of the International Dialogue Centre, Mr. Bin Muaammar oversaw the founding and stewardship of the King Abdulaziz Center for National Dialogue (KACND), the Kingdom of Saudi Arabia’s only institution dedicated to national dialogue, a role he held from 2003 to 2018.  He took on the KACND role five years after becoming Founding Supervisor General of KAPL, a position he still holds today. Three years after overseeing the establishment of KAPL, Mr. Bin Muaammar spearheaded the creation of the library's Arabic Union Catalog (AUC) a one-of-a-kind digital platform in the Arab world.  Today, the AUC has over 1.2 million bibliographic records.

As founding Secretary General of Vienna’s International Dialogue Centre, Mr. Bin Muaammar oversees the Secretariat, as well as the development of training programs, events and various initiatives to enhance dialogue among followers of different religions. He is the Center’s primary representative at high-level international conferences and facilitates meetings among the Center’s key principle organs: the Council of Parties, the Board of Directors and the Advisory Forum.

Included among his other professional affiliations are Board memberships within organizations who work to educate young people, promote peace and enhance intercultural understanding.

23 Sep, 2016
Bearing Witness: Combating Human Trafficking and Forced Migration
14 Jul, 2017
Launch of the Global Plan of Action for Religious Leaders and Actors to Prevent and Counter Incitement to Violence that Could Lead to Atrocity Crimes