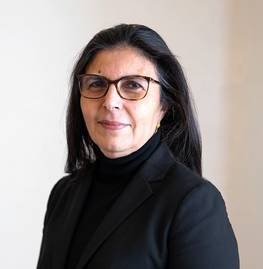 Ms. Elham Alshejni currently serves as the Interim Deputy Secretary General of KAICIID. In building her public service career, Ms. Alshejni has served in key positions in the Arab region. She joined the League of Arab States in 1991 where she was involved in a wide range of issues from multilateral affairs, disarmament, regional security , partnership with civil society , gender integration and her last post was Director of the Human Rights Department at the League. During her time at the League of Arab States she also participated in a number of fact-finding missions in Sudan, Gaza, Bahrain and  an observer mission to Syria. She joined KAICIID in October 2016 serving as the Director of Executive Management, where she had oversight over a range of corporate issues including decision-making, information dissemination, accountability, organizational development and learning. Ms. Elham Alshejni holds a Bachelor of Arts in Business Administration from John Cabot University in Italy, a Master’s degree in Public Administration from the American University of Cairo and is currently working on her second master’s degree from Leicester University on the Politics of Conflict and Violence.