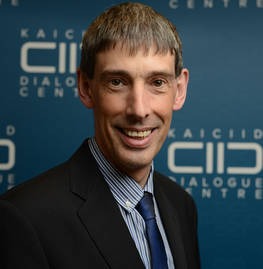 Director of Interfaith Relations for the Bishop of Birmingham

For ten years, from 1994-2004, he worked for Scripture Union as a Schools Worker working primarily with pupils from a Pakistani Muslim heritage, and thereafter as the Director of Youth Encounter, developing dialogue between Christian and Muslim teenagers and training Christian youth workers for work with young people of different faiths. He is the founder and Chair of Trustees for The Feast, a Christian charity which works to bring together Christian and Muslim young people to build friendship and understanding, which currently operates in four cities in the UK as well as Beirut and Berlin. (www.thefeast.org.uk). He is a regular speaker on interfaith issues both in the UK and several other countries.