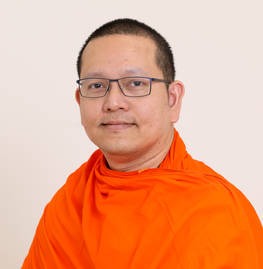 The Venerable Napan founded the "For Beautiful Life Group" (FBLG) in 2001 and was the Chair until 2015. He has designed and led trainings for Buddhist community leaders in southern Thailand affected by violent conflicts to heal the victims and prevent further conflicts. In addition, he designed a training program to promote living together peacefully based on Buddhism as social capital and he was also an anchorman for the reality TV show “TRUE Little Monks” which received The Cannes Corporate & Media Awards 2013.

Venerable Napan has completed the Interfaith Peace Fellowship: Conflict Analysis, Inclusive Peacemaking, Coalition & Collaboration Building” and participated in conflict resolution discussions held by the Centre for Humanitarian Dialogue. He was a founding member of Buddhist Peace Network. He has participated in conflict resolution discussions in Uganda the United Religions Initiative: Great Lakes Region; and was invited to the Advisory Group meeting for the Network for Religious and Traditional Peacemakers in Vienna. Furthermore, he has given lectures on peace-related topics at the Rotary Club of Thailand and the Rotary Peace Center at Chulalongkorn University.

His motto is: “Peace in one’s heart starts in one’s hand.”