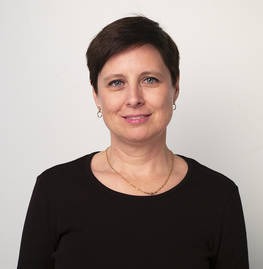 Nathalie Al-Zyoud is the Senior Mediator of Communities in Transition (CIT) where she currently works as CIT's senior mediator. She has over 20 years of experience in the field of conflict management, both domestically and internationally, and mediates conflicts ranging from workplace, family and community disputes to inter-ethnic, interreligious and agro-pastoral conflicts.

Nathalie Al-Zyoud is fluent in English and in French.