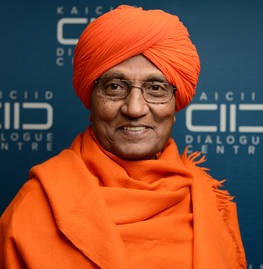 Swami Agnivesh finds that values common to all religions have been neglected - emphasis should be on the minimum commonality of diverse religions (to bring united action among different people).

He works for the liberation of child slaves and bonded labourers – he has had tremendous successes through initiating the process of dialogue.

18 Jul, 2016
Board Member Swami Agnivesh Calls on International Community to End World Hunger
30 Aug, 2016
Advocating for Interreligious Dialogue in India with Sarva Dharma Samvaad
11 Apr, 2016
Advisory Forum at First Public Dialogue Calls for Unity in Supporting the Rights of Others