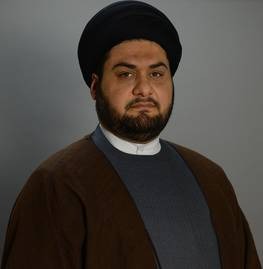 Sayyid Hayder Bahraluloom was born in 1986 in the holy city of al-Najaf al-Ashraf, Iraq. He is the Director of the Al-Najaf Center for Culture and Research and also serves as the Director of the Dialogue Chair at the Bahr Al-Uloom Charity Foundation. He holds a B.S. in Medical Laboratory Studies from Tehran University and pursued a Master's Degree in Islamic Philosophy. Currently, he is studying Islamic Studies at the Islamic seminary (hawza) in the holy city of al-Najaf al-Ashraf. He believes in dialogue and is against all kind of acts of violence and extremism. He believes that terrorism begins as an idea, which, in turn, translates into action. Therefore, he believes that this phenomenon needs to be addressed through education and by addressing the problematic foundations of such extreme ideas. He is greatly interested in the commonalities between world religions.