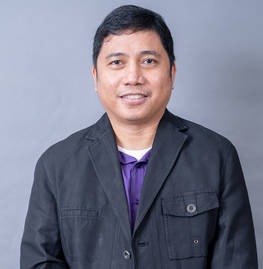 Ryan C. Urbano teaches philosophy at the University of San Carlos, Cebu City, Philippines, where he earned both his PhD and MA in philosophy in 2010 and 1998, respectively. He is also the current Chair of the Department of Philosophy of the same University. In 2008, he completed a joint master's degree in applied ethics at Linkoping University, Sweden and Utrecht University, the Netherlands. His research interests include ethics in theory and practice, political philosophy, and philosophy of religion.

His first foray into interfaith dialogue was when he wrote his doctoral dissertation wherein he devotes a chapter showing the relevance of the ethical thought of the Jewish philosopher, Emmanuel Levinas, to interfaith dialogue. Since then, he has spent considerable time studying world religions and how their peaceful co-existence could be worked out. His work in interreligious engagement draws mainly upon the thought of the philosopher Emmanuel Levinas.