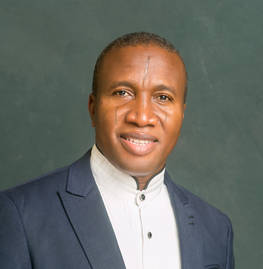 Rev. Zaka Ahuche is a lecturer at the Theological College of Northern Nigeria, in Jos, Nigeria. Rev. Zaka was president of the student union at his university, and later joined the Nigerian army from 1992 to 2005, then retired to serve humanity on full time basis.

Rev. Zaka was the Zuru Local Government Chairman of the Christian Association of Nigeria (CAN) from 2007 to 2010. On transfer to Birnin Kebbi the State Capital, in January 2010, he was elected as the State CAN Chairman in March of the same year where he worked from 2010 to 2017.

Zaka is a writer, a motivational speaker and a preacher; he has written three books, and has hosted and been a speaker at different seminars and lectures to promote IRD activities where he addressed and mediated between the traditional and religious institutions.

Rev. Zaka, received an award from the Kalangu and Shantu Gospel Ministers in Nigeria in 2016.

His motto is “Impacting knowledge will promote IRD and enhance peaceful coexistence.”