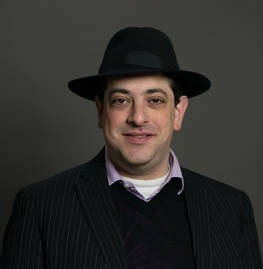 Jewish Chaplain of Surrey, International Advisor and Director of Programmes University in Surrey

Rev. Alexander Goldberg is a Chaplain and an advisor on intercultural, interfaith and community relations to a large global humanitarian organization. He has set up training programmes for faith leaders and communal professionals working in the fields of community development, international development and social action. He served as the Chief Executive of the London Jewish Forum. He is the Jewish Chaplain to the University of Surrey and was a Chaplain to the Olympic and Paralympic Games. He is Chair of the Football Association's Faith Reference Group and oversaw the completion of both football guides to Ramadan and Tishri in 2014 that were sent out to 30,000 professionals and one million supporters. He was appointed co-chair of the Faith Forum for London in 2011. In this role he set up the Mayor of London's Faith Conference and partnered with McKinseys and others to create a faith leaders programme. He also established the Shared Futures faith school linking programme. The UK Prime Minister invited him to the national football and racism summit. He headed up the 2012 Hours Against Hate European coalition which won prestigious recognition from International Olympic Peace Truce Committee and the US Secretary of State. He is a national advisor to the Three Faiths Forum. He served on two Ministerial steering groups at the Department for Education and was a member of the HEFCE University Religious Literacy Group. He is an advisor to the UK Government on a major community grant programme and regularly contributes to television, radio, online and print media. Motto: "I will trust and not be afraid" ״אבטח ולא אפחד״

Reverend Alexander Goldberg’s project was the Development Stage of an Interreligious Dialogue Social and Community Development Programme at the University of Surrey, in which he plans to develop a permanent working group and education programme on interreligious dialogue for Seminarians in southern England. The project was to develop a full programme for seminarians, newly qualified clergy and religious educators ensuring gender and age balance from at least four distinct faiths.