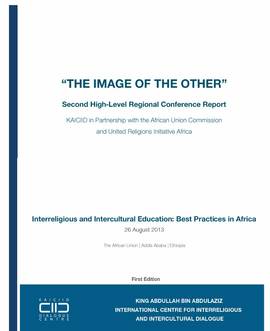 On 26 August 2013, in partnership with the African Union and United Religions Initiative for Africa, the Vienna-based King Abdullah Bin Abdulaziz International Centre for Interreligious and Intercultural Dialogue (KAICIID), held a Regional Conference on “The Image of the Other”: Interreligious and Intercultural Education – Best Practice in Africa in the Ethiopian capital Addis Ababa

The one-day meeting held at the AU Headquarters, took place during the 50th anniversary of the AU’s founding and featured an opening session attended by numerous ambassadors and high-ranking dignitaries from Member States.

The conference was a cross-disciplinary working dialogue of 30 recognised policy makers, researchers and practitioners in intercultural and interreligious education. They discussed the models, methods and materials used in teaching, and in successful dialogue among followers of different religions and members of diverse cultural groups.