The first graduates of the KAICIID International Fellows Programme (KIFP) graduated on 1 December 2015 in a ceremony that came as the culmination of a year-long intensive programme of training, exchange and action. The Fellows agreed that their participation had contributed to their personal transformation, and advanced their respect for dialogue and its potential for peace.

The KIFP is the flagship programme through which KAICIID reaches out to active interreligious dialogue practitioners to further train and equip them to be more effective peacemakers and to promote IRD in their own communities. The goal of the programme is to establish a sustainable global network of Fellows from different faith traditions from all over the world, including conflict areas like Nigeria, Iraq and Myanmar, or from academic institutions in the Middle East, Europe, the Americas and Asia. 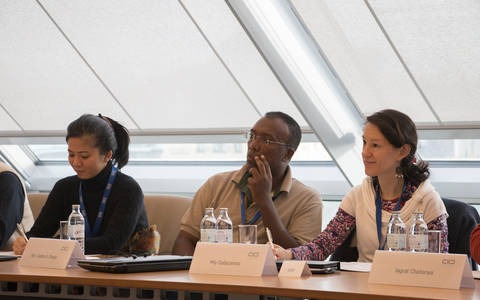