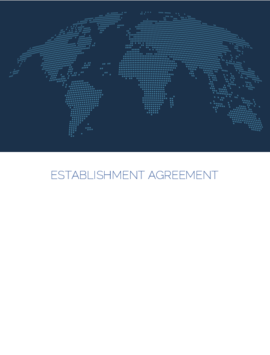 The Establishment Agreement of KAICIID is a multilateral agreement adopted in 2012 by the founding member states of KAICIID (the Republic of Austria, the Kingdom of Saudi Arabia, and the Kingdom of Spain). The Agreement specifies the mandate of the Centre, which is primarily to enhance interreligious and intercultural dialogue, thus fostering respect, understanding and cooperation among people, promote  justice, peace and reconciliation and counteract the abuse of religion to justify oppression, violence and conflict. The Agreement also sets up the governing bodies of the Centre – the Council of Parties, the Board of Directors, the Advisory Forum, and the Secretariat ‑ and specifies their respective roles and responsibilities in fulfilling the mandate of the Centre. Other important issues addressed by the Agreement include the funding of the Centre, the status of observers, the liability of the member states, a dispute settlement mechanism, and the term of the Agreement.