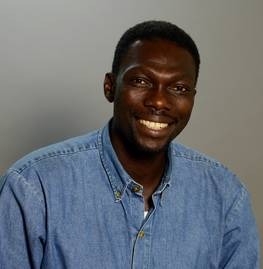 Onoseme Fortune Afatakpa holds a Bachelor’s degree in Religious Studies from Obafemi Awolowo University, Ile Ife and a Master’s degree in Peace and Conflict Studies from the University of Ibadan. Currently he is a doctoral student of Peace and Conflict Studies also in the University of Ibadan. His research focuses on the Management of Sectarian Conflicts in Igbe Religion. He told us his interest in interreligious dialogue was awakened in 1989, when a Muslim named Abubakar Haruna helped him out of a difficult situation. That singular action changed his mentality towards Muslims and prompted him to engage in the study of religions. Fortune believes that the major cause of religious violence, intolerance and fundamentalism is not unconnected with socialization strategies of most religions which focus on children and youth. Therefore Fortune has spent a better part of his life working among youth from different religious persuasions and engaging them on the inherent dangers in embracing the philosophy of religious particularism. Every year, he organizes the 21st Century Youth Leadership Conference where the capacities of young people between the ages of 10-17 are built in the area of religious tolerance. This is predicated on his long standing philosophy that it better to prepare a child than to repair an adult.