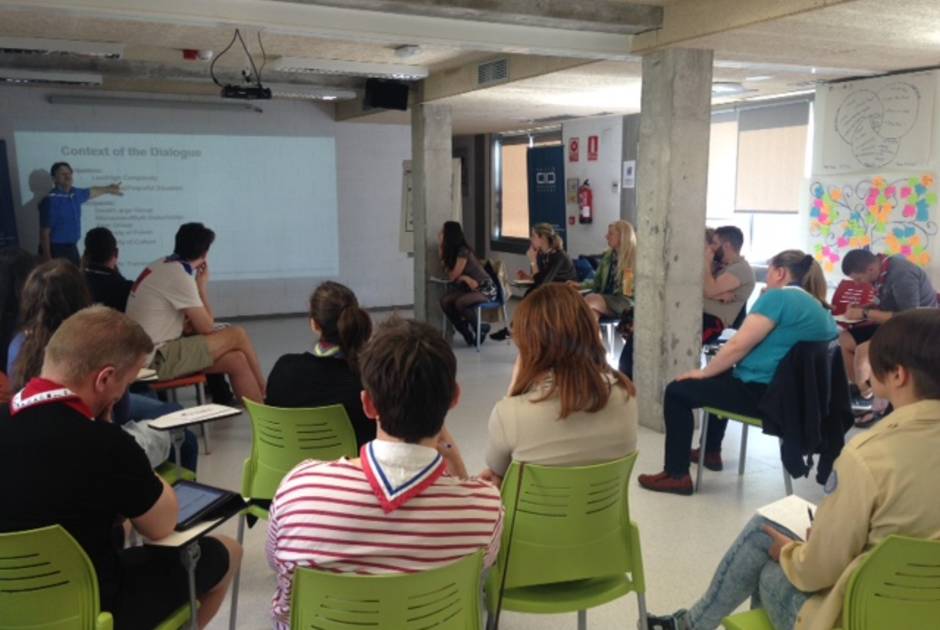 The World Organization for the Scouting Movement (WOSM) and the International Dialogue Centre (KAICIID) with the support of the Council of Europe European Youth Foundation held a training of trainers for 25 Scout leaders from 15 European countries in Madrid, Spain from 8 to 11 April. The training was the fourth training in a series of regional trainings taking place globally as part of the Dialogue for Peace Programme, a joint effort between WOSM and KAICIID to promote dialogue within the Scouting Movement.

This training will activate a network of Scouting leaders from all over Europe who have the skills to use dialogue as a tool for countering prejudice and extremism, as well as promote tolerance and inclusion in their communities.

Since the beginning of the programme, communities in Africa, the Asia-Pacific and Interamerica regions have become beneficiaries of Scout-driven activities aimed at promoting the adoption of dialogical principles.

The Dialogue trainings have been an integral part of the two-year work plan developed by both organizations through which they provide Scouts with support in their development as advocates for peace so they can affect positive change in their communities.

The Dialogue for Peace Programme is a result of a two-year collaboration developed by WOSM and KAICIID that provides dialogue training to leaders within the Scout Movement who will then bring this knowledge back to their communities to spread dialogue practices on a wider scale.

The first regional trainings were held in Korea and Uganda in 2015, in the Interamerican Region in 2016, and there will be three more trainings in the Eurasia region in 2017. Following the training of trainers, other formats of dialogue training and awareness are planned to be a part of larger Scouting events and will be conducted by the Dialogue for Peace Programme team within the Scout Movement.