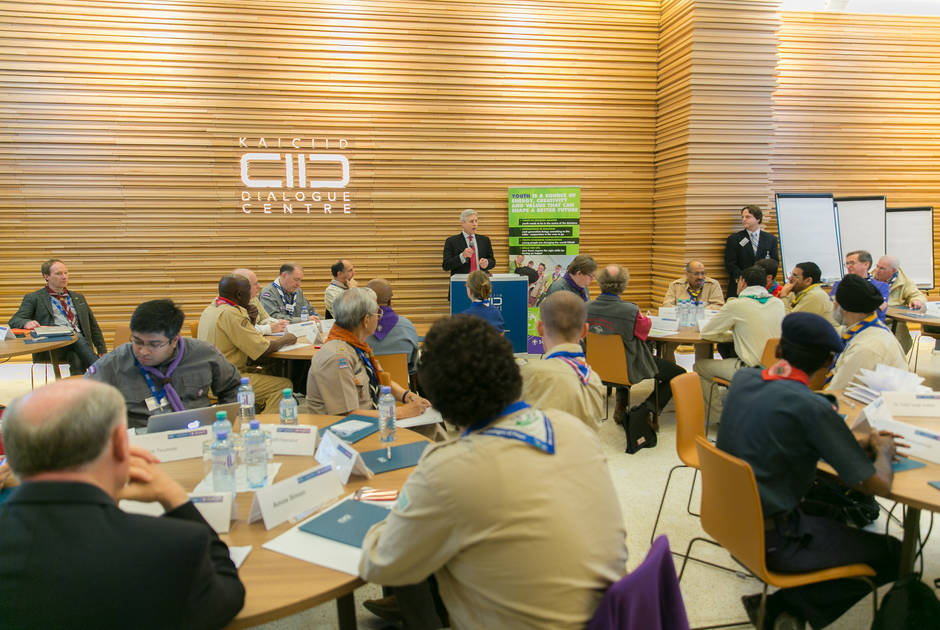 Vienna, Austria - From 14 to15 March 2015, twelve international Scouts met at KAICIID’s headquarters to explore and plan how to impart dialogue skills throughout the World Organization of the Scout Movement (WOSM). KAICIID and WOSM signed a Memorandum of Understanding in November 2013, and since then, have worked closely together on integrating interreligious dialogue into the WOSM programmes.

Facilitators provided by KAICIID helped the Scouts analyze WOSM’s Programmes to identify areas for dialogue development. The workshop also drafted recommendations for future cooperation between KAICIID and WOSM.  A Training of Trainers programme for International Scouts in Vienna hosted by KAICIID in June 2015 is one of the forthcoming activities planned during the March meeting. The trainers will work on further developing WOSM’s Interreligious Dialogue Programmes, for example, creating a dialogue manual and user guide for various levels of the organization.

KAICIID will also participate in the World Scout Jamboree in Japan from 28 July to 8 August 2015.  Drawing upon its core expertise, KAICIID will facilitate interreligious dialogue at the Jamboree in a dedicated “Faith and Belief” area. At the Jamboree, KAICIID will provide introductory training and present KAICIID’s programmes and projects taking place around the world. 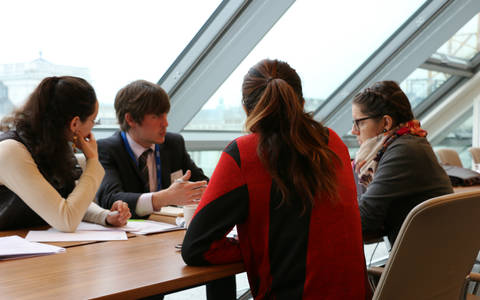 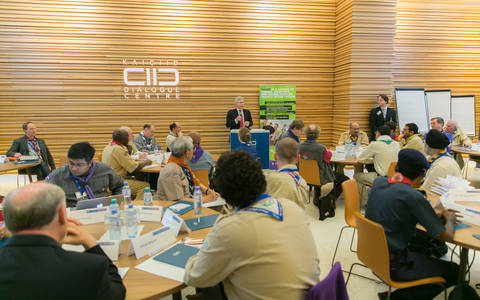