Women, Youth and Vulnerable People: Examining the Dynamics of Inclusion and Exclusion at the G20 Interfaith Forum 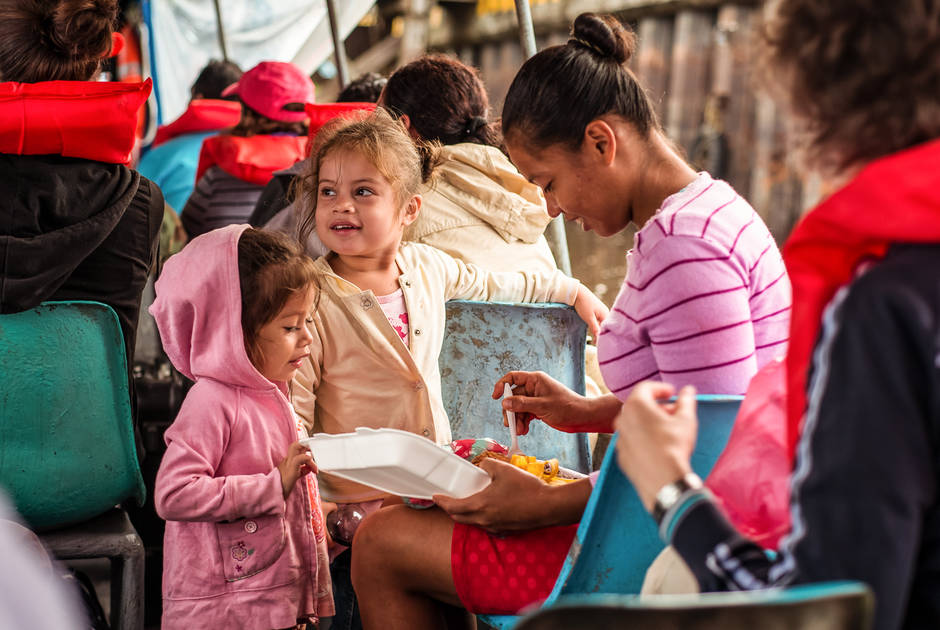 Participants at the G20 Interfaith Forum reconvened on 15 October to discuss inequality and inclusion, with a special focus on young people, women and vulnerable groups.

Over the past three days of the conference, more than 2000 participants from faith communities, prominent religious institutions and governmental bodies have joined the daily plenary and panel sessions.

Kicking off the plenary, H.E. Rev. Kjell Magne Bondevik, former Prime Minister of Norway and Founder and Executive Chair of the Oslo Center, who is also an ordained Lutheran pastor, stressed the vital importance of dialogue between faith communities and policymakers, particularly in providing coordinated conflict prevention and COVID-19 response in vulnerable communities.

“The world situation forces us to work hard to reduce tensions between religious groups. It may start from the top down and from the grassroots up. At the same time the dialogue must be based on reciprocity, confidence and cooperation,” he said.

Dr. Hala Al-Tuwaijri, Secretary General of the Family Affairs Council of the Kingdom of Saudi Arabia and Head of the Women's Empowerment Team at G20 Riyadh highlighted the pressing need for financial inclusion of women in order to allow them to “live, work and thrive.”

“980 million women around the globe are not able to receive access to basic financial services,” Al-Tuwaijri said. “Countries will not be able to achieve their economic development goals without the overall participation of women in all areas.”

H.E. Pramila Patten, Special Representative of the UN Secretary-General on Sexual Violence in Conflict pointed to further statistics which reflect the lack of opportunity for many women around the world: “32 million girls of primary age are still out of school and 1 in 5 girls are forced into early marriage,” she said.

However, she continued, the pandemic has presented the international community with an opportunity to anchor the empowerment of women and youth, as well as the protection of vulnerable groups, at the centre of recovery plans. “These plans need to be fully embedded in fundamental human rights and values. We must be inclusive, equitable and universal and leave no one behind in these difficult times.”

According to Dr. Azza Karam, Secretary General of Religions for Peace, when religions come together, they can boost the momentum of women’s empowerment, “a lesson we learnt over decades of work”, she said.

Still, she argued, it’s important to see women as more than just “victims” but rather as a significant portion of the population which possesses immense strength and capability. “I happen to think that women are not always the most vulnerable or the most victimised all the time. Women are also a remarkable power potential and some of the most critical actors in the civic space and the intergovernmental space.”

Prof. Ursula Basset, Professor at Pontificia Universidad Católica Argentina added that often, although well intentioned, gender empowerment narratives are too limited, not allowing for diverse forms of feminism and freedom of choice.

“We owe it to women to have real equality. Empowerment means to empower every woman, taking her for what she is and not depriving her of her religious values or beliefs, valuing the uniqueness in every domain and not downplaying the role of women who do not conform to the norm,” she said.

Rabbi Schlomo Hofmeister, Chief Rabbi of the Jewish Community in Vienna, Austria, added that a redistribution of power is needed to ensure that all members of society – including women, youth, minority and marginalised communities - are given a say in their future. “Empowering those who suffer from inequality because of an unequal distribution of power can only be achieved when those claiming power and supremacy over others are willing and prepared to give it up.”

Mr. Ahmad Alhendawi, Secretary-General of the World Organization of the Scout Movement pointed out that many of the problems facing the world today – rising inequalities, loss of jobs, unequal access to education and the threat of climate-related disasters – will fall on the next generation. Therefore, policies must include young voices and ideas.

“This is a youthful problem. Half of the world’s population are under the age of the 25. We have seen how young people are taking to the streets voicing their concerns and forming a global movement that this is a time for action and a time to prioritise the SDGs.”

Following the plenary’s close, panellists in a session on inclusive education suggested a variety of education reforms which would reflect and celebrate human diversity.

"The presence of difference in the education environment can serve to enrich our pedagogical practice and encourage educators to be more sensitive to the evolving wellbeing and learning needs of all students,” said Dr. Scherto Gill, Research Fellow at the Guerrand-Hermès Foundation for Peace.

Participants acknowledged that textbooks in classrooms are critical, as the authors’ biases - and those of their superiors - will be woven into the fabric of the curriculum. To counter this, emphasis must be put on improving teachers’ religious literacy, broadening their view beyond their own personal experiences.

One concrete way to do this, according to Prof. Thomas Banchoff, Vice President for Global Engagement at Georgetown University would be for religious leaders to support and fund the development of one-page lesson plans in multiple languages which explore diverse academic, spiritual texts, inviting teachers and school systems to use them in their classrooms.

“Just imagine for example, the Declaration on Human Fraternity being taught and discussed simultaneously around the world. Envision lively conversations in classrooms and on Zoom within and across countries,” Banchoff said.

Addressing the needs of refugees and migrants

Participants in the panel on refugees and migrants pointed to the importance of religious actors in providing practical and spiritual support to refugees, as well as safeguarding human rights.

“Governments must realise that addressing the needs of refugees and migrants is a shared global responsibility,” said Dr. Pritpal Kaur Ahluwalia, Education Director of the Sikh Coalition and Co-President of Religions for Peace, who pointed toward her own faith tradition which advocates care for others, as well as upholding human dignity.

“There are many teachings in the Sikhism that underscore this responsibility towards humanity and emphasise the importance of equity, due to the equality of all human beings,” she added.

In addition, panellists stressed the urgency for a global action plan based on inclusive policies, which would build trust in local communities and provide protection for vulnerable groups.

According to Esther Lehmann-Sow, Global Director Faith & Development at World Vision International, this international response also needs to involve diverse stakeholders from the grassroots up, which includes men, women and young people.

"As a woman and a peacemaker at heart, I feel I should point out the significant evidence that exists, showing the effectiveness of formal and informal peacemakers. However, we are still largely underrepresented in the peacebuilding apparatus and system. I'm sure we all recognise that this has to change,” she said.

Participants in the third panel called for governments, faith-based and civil society organizations to collaborate together to fight racism and gender discrimination issues, many of which are endemic of deep-rooted structural issues and human rights violations.

H.E. Adama Dieng, former UN Special Adviser of the Secretary-General of the Prevention of Genocide highlighted alarming statistics such as the estimated 243 million women and girls between the ages of 15-49 who have been subjected to sexual and gender-based violence in the last 12 months. Additionally, poverty levels are expected to impact 500 million people due to the COVID-19 pandemic.

"Inequality and structural discrimination continue to intensify, not only in the fabric of our societies but also in challenging the universality of human rights systems which the international community has painstakingly built over half a century,” he said.

Faith-based organizations, speakers said, have a crucial role to play in fighting discrimination as most religions acknowledge equality among human beings.

“If racism is systemic, it is necessary to rethink how human beings are viewed. Until we start looking at every person as deserving honour, respect and dignity, then we will continue to instrumentalise people and put some as superior and others as inferior,” said Dr. Ganoune Diop, Director of Public Affairs and Religious Liberty at the Seventh-day Adventist Church in Maryland.

Faith-based organizations have a unique opportunity and duty to address patterns of racial discrimination and structural injustice head on, added Audrey Kitagawa, Chair of the Board of the Parliament of the World’s Religions.

“Faith communities must continue to pray with their feet and hands in order to rid us of the insidious impacts of the ugly legacy of slavery, the blight of racism and the multiple forms of discrimination in our communities.”