United against Violence in the Name of Religion: Conference of Religious Leaders in Vienna 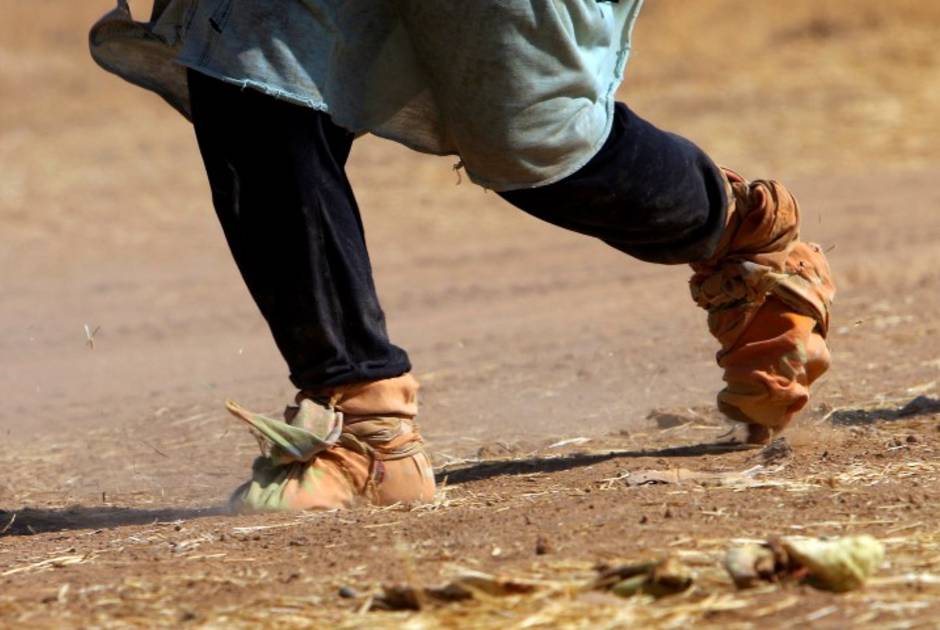 © REUTERS/Rodi Said A displaced woman from the minority Yazidi sect, fleeing violence from forces loyal to the Islamic State in Sinjar town, covers her feet with clothes as she walks towards the Syrian border, on the outskirts of Sinjar mountain, near the Syrian border town of Elierbeh of Al-Hasakah Governorate August 11, 2014.

A conference organized by KAICIID in Vienna will gather religious leaders and policymakers to fuse a united front against violence in the name of religion, especially in the context of the recent crisis Iraq and Syria.

This is the first time that such a large number of high level religious leaders and policymakers meet to speak in one voice against the manipulation of religion.

The violence and crimes committed in the name of religion in Iraq and Syria call for action on an interreligious level. On November 18th and 19th, the KAICIID Dialogue Centre will host the conference “United against Violence in the Name of Religion” in Vienna. This will be the largest gathering of religious leaders, among others, from the affected regions since the start of this crisis. Since June of 2014, KAICIID has been working with the United Nations, international and interreligious organizations, religious institutions and NGOs to organize this conference in order to contribute to strengthening common citizenship for all religious and ethnic groups and foster peacebuilding in the region.

The agenda of the two-day conference is both inspirational and action oriented, focusing on the local voices from the region whose communities have been most severely affected. Both, political and religious organizations and leaders gather to speak out against violence. The general idea is to connect policy makers with highest religious leaders, amongst themConfirmed attendees at the conference include Patriarch Gregory III Laham, Patriarch of Antioch and All the Eastand Alexandria and Jerusalem, Patriarch Ignatius Youssef Younan, of Antioch and All the East for the Syriac Catholic Church, the Grand Muftis of Egypt (Sheikh Shawkiqi Ibrahim Alam), Jordan (Sheikh Abdul al Karim Al Khasawneh) and Lebanon (Sheikh Abd Al Latif Derian), Metropolitan of Germany Isaac Barakat representing Patriarch Yohanna X (Yazigi) the Greek Orthodox Patriarch of Antioch and All the East, Patriarch of Babylon of the Chaldeans Louis Raphael I Sako, Anba Marcos Bishop of Shobra El Khema representative of His Holiness Pope Tawadoros II, Pope of the Alexandria and Patriarch of the see Of St. Mark, Head of the Coptic Orthodox Church of Egypt and the Mufti of Tripoli and North Lebanon Malek Al Shaar.

Also present at the event will be high level representatives from the Iraqi Muslim Association, the Mandaean Community in Iraq, the Council of Senior Scholars from Saudi Arabia, the Armenian Orthodox Church, the Melkite Greek Catholic Church, the Maronite Patriarchate of Antioch and all the east, Alexandria and Jerusalem, the Protestant Community of Egypt, the Evangelical Community of Lebanon and the Middle East Council of Churches, among many others.

The gathering will witness the unified declaration by these religious leaders against violence, and their unified call to take action. Existing initiatives for social cohesion, pluralism and diversity, whether on local and national level or in the social media, will be highlighted and recommendations how to support them will be given.

The conference will identify areas of action in countering violence in the name of religion. Enhancing interreligious dialogue can be a crucial step in countering religious extremism led by ISIS and other groups.