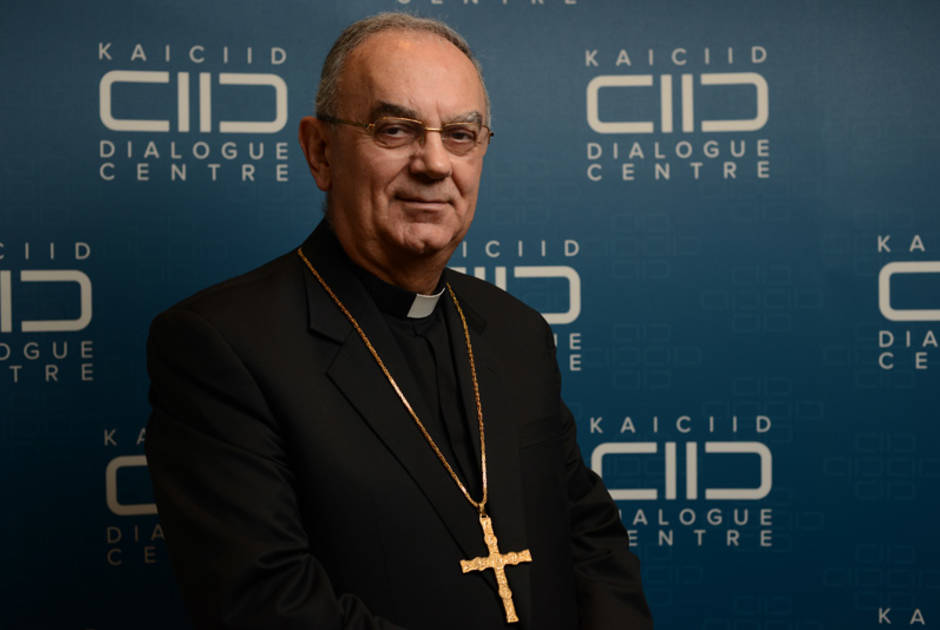 It is with deep sadness and regret that we share news of the passing of Bishop Rev. Dr Camillo Angelo Ballin of the Apostolic Vicariate of Northern Arabia. Bishop Ballin, who was a distinguished member of our KAICIID Advisory Forum, passed away on 12 April after a long illness.

Bishop Ballin, an accomplished and respected author, dignitary and educator, was nominated as a KAICIID Advisory Forum Member in 2015, under the auspices of Board Member H.Em. Cardinal Miguel Angel Ayuso Guixot.

Born in Fontavia, Italy on 24 June 1944, Bishop Ballin was ordained a priest of the Comboni Missionaries of the Heart of Jesus in 1969 at Castelletto Sul Garda, Verona. He began his ministry at St. Joseph parish in Cairo, Egypt in 1971, going on to serve as Parish Priest from 1972 to 1977.

From 1977 to 1980, Bishop Ballin worked in Lebanon and then at the Pontificio Instituto Orientale in Rome, where he pursued his licentiate in Oriental liturgy. In the 1990s, he spent seven years in Sudan. He moved back to his native Italy in 1997 to pursue a doctoral degree in ecclesiastical history.

In 2000, Bishop Ballin was appointed Director of the Dar Comboni Center of Arab and Islamic Studies in Cairo, Egypt.

In July 2005, Pope Benedict XVI appointed Bishop Ballin as the Vicar Apostolic of Kuwait. He had worked across the Middle East before, becoming the first ever Apostolic Vicar of Northern Arabia in 2011, covering Bahrain, Kuwait, Qatar and Saudi Arabia.

One of Bishop Ballin's greatest initiatives was the erection of Bahrain's Our Lady of Arabia Cathedral, a 2,500-seat structure with 16 multi-purpose halls.