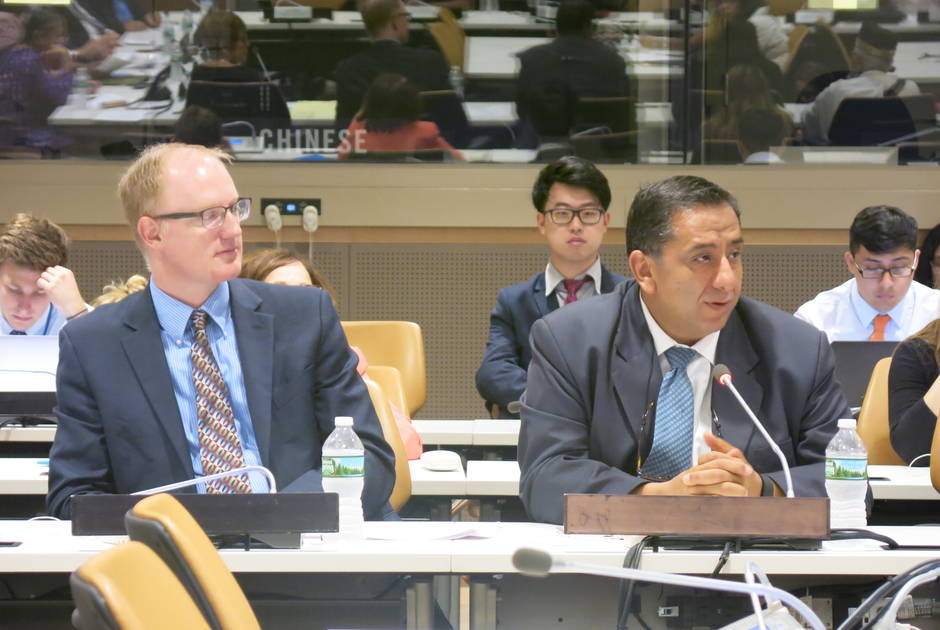 Religious leaders are increasingly recognised for their essential contribution to peacebuilding at all levels, and the International Dialogue Centre (KAICIID) has teamed up with the Tanenbaum Center for Interreligious Understanding to support the efforts of religious leaders and actors to integrate their work in peacebuilding with that of the international community. KAICIID co-sponsored Tanenbaum’s bi-annual capacity-building retreat for its Peacemakers in Action Network, which brought together 18 Tanenbaum Peacemakers working in global conflict and post-conflict regions, from 9 to 15 July for collaborative training, community building and planning in Stony Point, New York, USA.

Bringing with them different experiences from current and former conflict zones, the Peacemakers shared their insights, brainstormed ways to include women in the peacebuilding process, and discussed possibilities for combating extremism within their communities. To further enhance the capacity of these religious leaders and actors in handling the misuse of religion, KAICIID Senior Advisor, Professor Mohammed Abu-Nimer led two trainings on combating extremism.

On 13 July, Prof. Abu-Nimer then travelled with the Peacemakers to the UN headquarters in New York City for two interactive panel discussions under the theme Turning the Tide: Engaging Religiously-Motivated Peacebuilders in Conflict Zones. The panels featured Peacemakers, who spoke about how they were able to engage policy makers, while UN and government representative spoke about how civil society actors can complement government initiatives.

“Religiously motivated actors and leaders are finally being recognised for their importance and effectiveness in localised peacebuilding,” Prof. Abu-Nimer said. “However, it is important that we prepare peacebuilders as well as officials within the international community to engage one another and make the best use of their abilities and their work within their communities.”

“Tanenbaum’s Peacemakers Retreat is the only time when our Peacemakers have the opportunity to convene from all over the world – to exchange ideas, skills, and find ways to collaborate on future projects,” says Joyce Dubensky, Tanenbaum CEO. “Some of the Peacemakers work in isolation under very dangerous conditions. This Network of fellow Peacemakers provides them with encouragement and support, and helps them not to feel alone. The retreats provide a unique opportunity for them to convene with fellow activists and helps empower them to move forward.”

Working retreats and trainings such as this one help religious leaders and actors gain a stronger voice in building peace across the world. The inclusion of such religious women and men in peacebuilding has taken strides lately, especially following the recent World Humanitarian Summit, which gathered world leaders and religious leaders, as well as the Secretary General of KAICIID, Faisal Bin Muaammar in response to the global humanitarian crisis.

The Tanenbaum Peacemakers in Action Network

The Tanenbaum Peacemakers in Action Network is made up of 26 peacemakers of different faiths and spiritual beliefs, who work in supporting one another, sharing experience and planning collaboration in areas of conflict. Every other year, Tanenbaum names two new Peacemakers in Action, an award given to grassroots peacebuilders who are motivated by faith to stop human suffering and foster reconciliation in armed conflicts, notwithstanding great personal risks.