Stopping Violence before it Starts: Early Warning and Response Systems 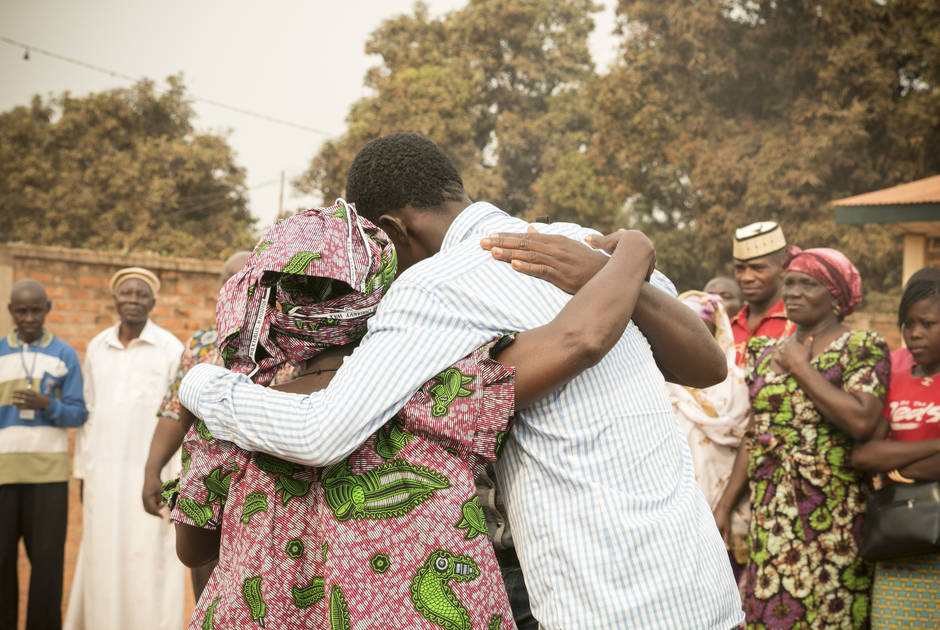 Countries around the world are experiencing some of the worst humanitarian crises of our time. In KAICIID focus countries, like the Central African Republic (CAR) and Myanmar, violent conflict has forced people from their homes in record numbers, resulting in millions of people displaced worldwide. In Iraq and Nigeria, shattered communities are struggling to rebuild after years of intense fighting.

Conflict prevention is possible, but only if civil society, religious communities, and policymakers are sensitive to early conflict indicators and coordinate a unified response. Early warning and early response systems form critical mechanisms designed to stop violence before it starts and minimize the impact of conflict on civilians.

What are Early Warning and Early Response Systems?

Early warning and early response systems monitor behavioural changes in communities, which serve as indicators of potential conflict situations. Relying on a vast number of actors at the local, national and international levels, the systems are most effective when they include well-coordinated efforts between community volunteers, civil society organizations, religious institutions, national governments, and global agencies.

In the initial stage, early warning networks normally build on an understanding of root causes of violence, such as breakdowns in political, economic or security structures. Local responders ensure the acquisition and analysis of situational awareness data on inter-community tensions, security and safety concerns. These may include information on drug trafficking, peace disturbances, corruption of security forces, sexual violence, property destruction, or interpersonal conflicts.

In the final stages, responders issue warnings to decision makers and other relevant stakeholders, outlining the seriousness of the threat and providing recommendations for action. When early warning and response systems work effectively, they have the potential to influence policymaking, and support conflict prevention and peacebuilding.

Early Warning and Early Response in CAR and Nigeria

In early 2019, KAICIID and its partner the Kukah Centre launched the North-East Regional Peace Committee in Nigeria, training Regional Peace Advocates on early warning systems, violence-free election advocacy and mediation. Since its founding in early 2019, the group has been active in detecting early warning signals across the six Northeastern states, and coordinates response efforts at the regional and state levels.

Additionally, after indicators showed that the February elections could erupt in mass violence, the KAICIID-supported platform IDFP coordinated with religious and community leaders to issue a unified call for peace. The video which was shared on social media and national television channels reached millions of voters around the country. This pilot model is being further explored to see how religious communities can play an active role in early warning and response systems.

In CAR, the National Ministry of Reconciliation has asked for KAICIID support of Local Peace and Reconciliation Committees (LPCs), ensuring that religious and community leaders are included in these structures. The committees, which are networked at the local, regional and national levels, aim to prevent inter-community conflicts and work to ease tensions that threaten peace and stability.

Recently, LPCs in the southern Kemo prefecture alerted authorities to rising tensions between Fulhani cattle breeders and a group of local youth. As a result, a special mission of military and government officials was deployed to the region in order to mediate the disagreement and deter violence.

What are the challenges?

Early warning and early response systems require unified engagement between local actors and government officials. In particular, traditional leaders and faith organizations need to be better educated and engaged on these systems, as they are often keenly aware of threats on the ground. Their support is also vital in helping governments and international organizations implement an effective response.

Well-functioning early warning and response systems require human proficiency, unified political support and a certain degree of technological infrastructure. Stakeholders require education on indicators and response mechanisms, and peace committees should be structured with clear accountability and decision-making systems. Furthermore, there is a compelling need for governments to invest in policies and a genuine culture of prevention, since public administrations which are fractured by conflict and corruption are often ineffective at implementing response recommendations. In less developed areas, lack of technology and infrastructure can inhibit clear communication and collaboration between peace committees.