Statement by the KAICIID Board of Directors Following the Fatal Attack Inside the Notre Dame Basilica in Nice, France 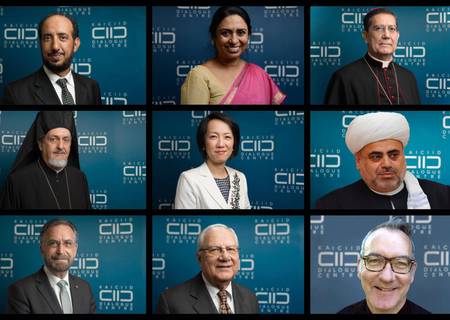 A knifeman has killed three people and injured several others in an attack on the Notre Dame Basilica in Nice on Thursday morning.  The attack follows the murder of a school teacher less than two weeks ago in the Paris suburb of Conflans-Sainte-Honorine, carried out in retaliation for what was interpreted as disrespect toward a particular religion.

In response to this latest attack, the multireligious Board of the International Dialogue Centre (KAICIID) issued the following statement:

“KAICIID’s Board of Directors condemns this reprehensible and cowardly attack on a place of worship, and extends deepest condolences and sympathies to the families and loved ones of the victims.

“We appeal for calm and a spirit of reconciliation in the wake of this and other attacks in France.  Such actions, devoid of any rational, religious, political or social justification,  should not be allowed to create or reinforce cultural and religious divisions in that country, or further afield.

“The Board reiterates that there can be no religious justification for murder.  All religions defend above all the sanctity of life. The Board repeats its condemnation of any attack on any place of worship, where people have a right to assemble in peace to reflect and observe their faith.

“We offer heartfelt sympathies to the people of France, who along with the rest of the global community are wrestling with widespread economic and social dislocations caused by the COVID-19 pandemic.  We stress again that respect for all people, across religious, cultural and social spectrums, is the key to peaceful and inclusive societies.”