"Solidarity is not a choice or act of charity. It is a must”: Addressing COVID-19 at the G20 Interfaith Forum 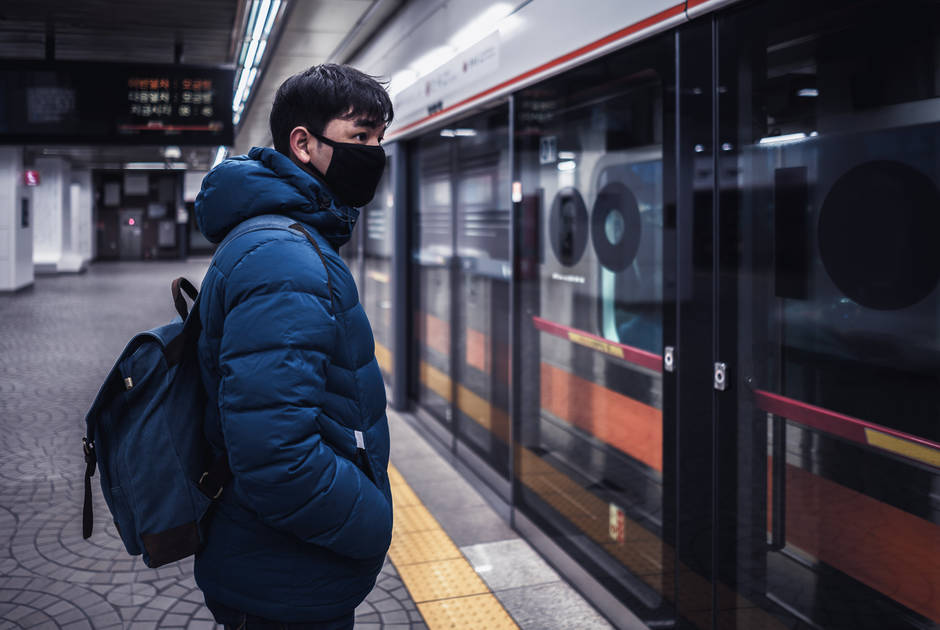 Hundreds of religious leaders, policymakers and other experts gathered virtually on day two of the G20 Interfaith Forum to take stock of the ongoing COVID-19 health crisis and outline the crucial role that faith communities play in supporting global efforts to alleviate the suffering caused by the pandemic.

The five-day online conference is being held by KAICIID and its partners, the United Nations Alliance of Civilizations (UNAOC), the G20 Interfaith Association and Saudi Arabia’s National Committee for Interfaith and Intercultural Dialogue.

An opening plenary session was followed by panels on how faith communities can work in partnership to address the pandemic, form interreligious multilateral responses to COVID-19 and support vulnerable groups around the world.

This point was made poignantly clear by the presence of Dr. Nezar Bahabri, Director of the Internal Medicine Department at Dr. Soliman Fakeeh Hospital (DSFH), Kingdom of Saudi Arabia, who participated in the Forum despite suffering from COVID-19. His participation underlined the real risks that health workers are facing every day in the fight against this pandemic.

"I live with COVID as a patient and as a physician,” he said. “Religious leaders during COVID-19 had an important role because [the pandemic] was affecting the soul of religion. Religious leaders gave us solutions to make our life easier and…to do everything possible to make sure that people are calm and that they did not get depressed. It’s really helped the whole country of Saudi Arabia to pass through this difficult time and to go through it with ease.”

Dr. Mohammed Al-Abdulaali, Assistant Minister of Health and Spokesperson of the Ministry of Health said the Kingdom of Saudi Arabia has focused on three key actions within COVID-19 response: early detection, prevention of spread and public awareness – making sure that health guidelines are accessible to everyone across all channels. “It’s important to provide information in different languages and in different formats to help people accept them”, he said.

Since the outbreak of COVID-19, religious institutions around the world have adapted to closures of houses of worship, finding new ways to reach their followers and provide much needed spiritual support.

“The ongoing pandemic has demonstrated that some government officials fail to understand why and how religion is fundamental to the lives of billions of people,” said Elder David A. Bednar, Quorum of Twelve Apostles of The Church of Jesus Christ of Latter-day Saints.

“Religion is the very centre of our lives, and the core of our identity,” he added, pointing to the need to embrace the level of legitimacy and trust that many faith leaders and institutions bring to the table. “By recognising religious freedom in a time of COVID-19, and by acknowledging the essential place of religion in people’s lives, governments and policy experts can win allies in a common struggle against, not only health risks, but other serious risks as well.”

While the pandemic has impacted economies, education and healthcare, its effect is perhaps most visibly seen in the dramatic increase in hate speech, including Islamophobia, anti-Semitism and racism, on some of the world’s leading social media platforms, including Facebook and Twitter.

A report published by the New York-based Equality Labs in May found that a series of Twitter hashtags falsely accusing Muslims around the world of deliberately spreading COVID-19 pushed Islamophobic disinformation and hate speech to 170 million users. The report also detailed how hashtags like #Coronajihad had spread widely and posts featuring other anti-Muslim rhetoric were shared on platforms including Facebook, WhatsApp and Instagram.

“These evil forces sow fissures and holes in the fabric of our societies, triggering a vicious circle of violence. We firmly believe that the fragmentation of our societies is one of the most serious upheavals of COVID-19. It has long term impacts.”

The subject of hate speech loomed large over the plenary. “We see today minorities disproportionately the victims of the disease, we see political upheavals, communal fears, societal tensions and strife, an increase in hate speech and hate crimes,” said Rabbi David Saperstein, President of the World Union for Progressive Judaism.

“It resonates deeply with us and I hope it will call on the enormous potential of interfaith communities to work together to address this crisis, this gathering is an important step in that direction.”

Sarah Hess, Technical Officer on High Impact Events Preparedness at WHO reminded participants that despite increasing inequalities and rising conflict, there have also been unprecedented moments of unity. “In many parts of the world and in many different communities we've seen these incredible displays of solidarity…And I think, faith communities have long been these communities of care often working amongst the most marginalised and vulnerable,” she said.

The panellists additionally noted the need for finding ways to share information and to integrate more clearly in order to develop stronger partnerships between faith communities and other businesses/health sector.

“I believe that it is very important for faith communities to be able to lead by example. This will be crucial in terms of the interaction of faith communities with the business sector and research and innovation. At the same time, faith communities have to be acknowledged as a partner with laboratories of human centred artificial intelligence and digital technologies in general for health and well-being as far as our analysis of COVID-19 is concerned,” said Marco Ventura, Professor of Law and Religion at the University of Siena, Italy.

Religious actors and multilateral response to the COVID-19 crisis

Dr. Tamader Al-Rammah, Member of the United Nations Committee of Elimination of all Forms of Discrimination against Women (CEDAW) and Former Vice-Minister of the Ministry of Labor and Social Development, Kingdom of Saudi Arabia says this type of multi-stakeholder, cross-sector collaboration is exactly what’s needed in order to provide the proper response to the pandemic.

"Today solidarity is not a choice or act of charity. It is a must. No one state or one leader can do it alone. This is the time of joint action,” she said.

Unlike some political representatives, religious organizations are deeply rooted in local communities and they can rely on a broad expertise in reaching out to people to provide support. This is why their involvement in COVID-19 response efforts crisis is crucial.

Because of their direct ties to the community, religious actors are also knowledgeable of the gaps in government action, as well as discriminatory actions being taken to deny minority or marginalised groups their fundamental human rights.

“We need to single out and maybe encourage the G20 to single out those few governments that seem to be both responding fiercely to the pandemic and responding as equitably as possible, paying attention to populations and being open and accountable,” said Ruth Messinger, Global Ambassador of American Jewish World Service.

Cooperation was also a key theme highlighted by panellists in discussions around supporting the vulnerable during COVID-19.

“Both political and religious leaders suffer from the same misconception, that they can do it alone and without any cooperation with the other, or even at the expense of the other. Our experience tells us that the vulnerable are best served if both political and religious leaders and institutions work side by side for the common good,” said Dr. Mohammad Sammak, Secretary-General of the National Committee for Christian-Muslim Dialogue in Lebanon and Member of the KAICIID Board of Directors

Ms. Maria Lucia Uribe, Director of Arigatou International in Geneva highlighted children as a particularly vulnerable group during the pandemic, calling on faith leaders to reach out to young people in their communities. “We should be focusing on the spiritual well-being of children, which is often not considered in their education, although studies have shown that spirituality contributes to strengthening people’s resilience, and can be considered a critical aspect in the response to the negative impacts of the COVID-19 pandemic, particularly on children’s mental health,” she said.

“Religious and traditional actors are frequently well positioned to respond and communicate information and teachings to their communities in times of crisis,” said Dr. Mohammed Elsanousi, Executive Director of the Network for Traditional and Religious Peacemakers.

“Through this added value, governments have been actively seeking to collaborate with religious communities to better address the pandemic in local communities.” 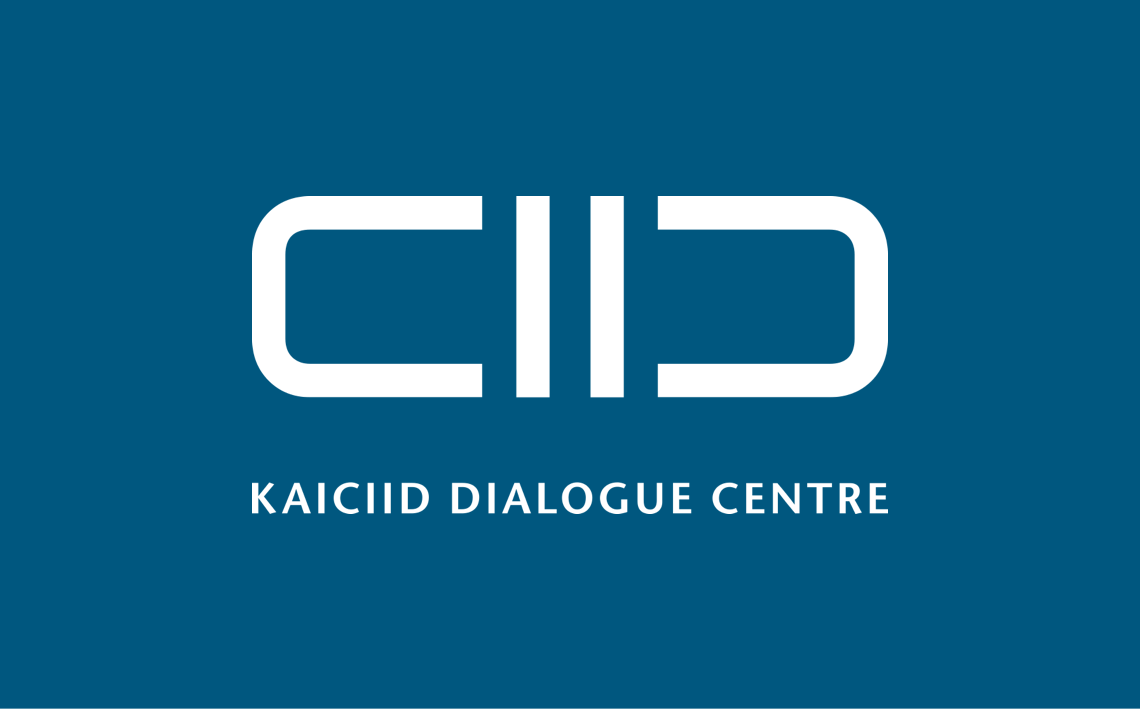 The G20 Interfaith Forum is an annual platform which brings together religious leaders...
Learn more