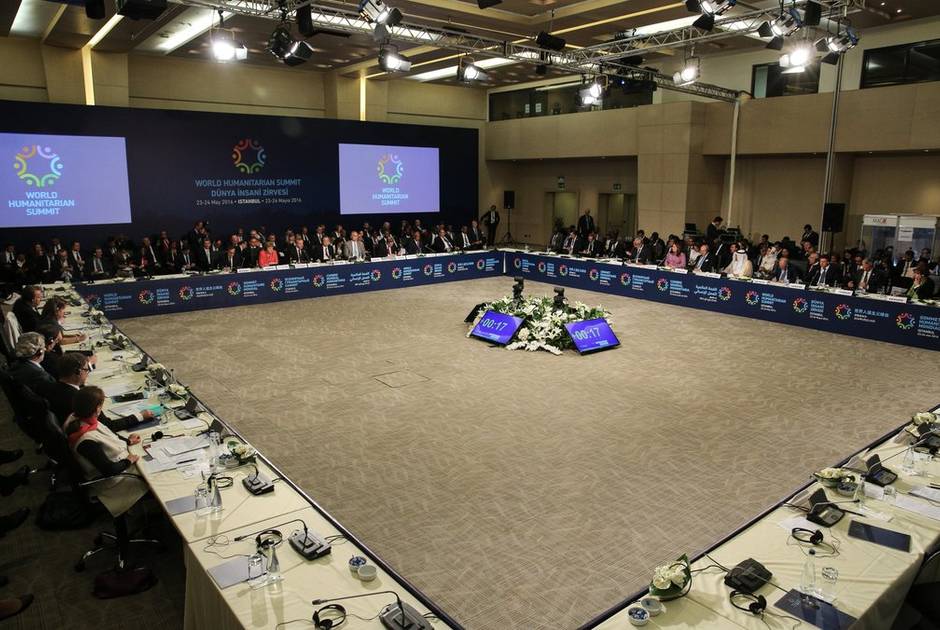 Involving religious communities in humanitarian response is integral to addressing the current crisis facing the world, the Secretary General of the International Dialogue Centre (KAICIID), Faisal Bin Muammar told world leaders at the first-ever World Humanitarian Summit (WHS) in Istanbul, Turkey, on 23 May 2016.

Bin Muaammar was speaking at a special session entitled “Religious Engagement: The Contributions of Faith Communities to our Shared Humanity”, at which speakers examined the role of faith-based organizations as key stakeholders in global, national, and local humanitarian action and response efforts, peacebuilding and long-term resilience.

The Secretary General pointed out that a values-based approach to humanitarian response would be helpful to include and motivate larger numbers of people to join in: “All religious traditions emphasize and stress the sacredness of human life. Saving lives and improving the human condition are primary values in all religious traditions. Calling for support of the poor and needy is a foundational religious value.”

In crises which arise as a result of conflict between religious communities, interreligious dialogue can also help to build security and promote free movement, which can help with development and relief.

On the topic of how faith-based actors can promote longterm resilience, the Secretary General said: “Beyond promoting diversity, religious leaders and members of religious communities that foster interreligious dialogue can serve as positive role models to their larger communities and highlight the benefits of working together. There are innumerable examples of such efforts, but those that take place in areas of sectarian tensions and violence can serve humanitarian relief by reducing the chances that violent conflict resurfaces.”

This has been the case in both the Central African Republic (CAR) and in Nigeria. In both these countries, the International Dialogue Centre works with leaders of different religious traditions involved in the conflict, to provide them with a platform of dialogue where they can together develop programmes and projects that aid their communities.

Working with representatives from the Catholic, Evangelical and Islamic communities in CAR, KAICIID has been able to serve as a neutral facilitator in bringing these groups to the table to discuss together paths towards a sustainable peace.

Secretary General Bin Muaammar ended with an appeal to include interreligious dialogue into the development and humanitarian agenda: “I would call on States, intergovernmental organizations and civil society to make a concerted effort not merely to include faith-based organizations in their strategic planning for humanitarian work and crisis response, but also to consider and value the interreligious aspect in this cooperation.”