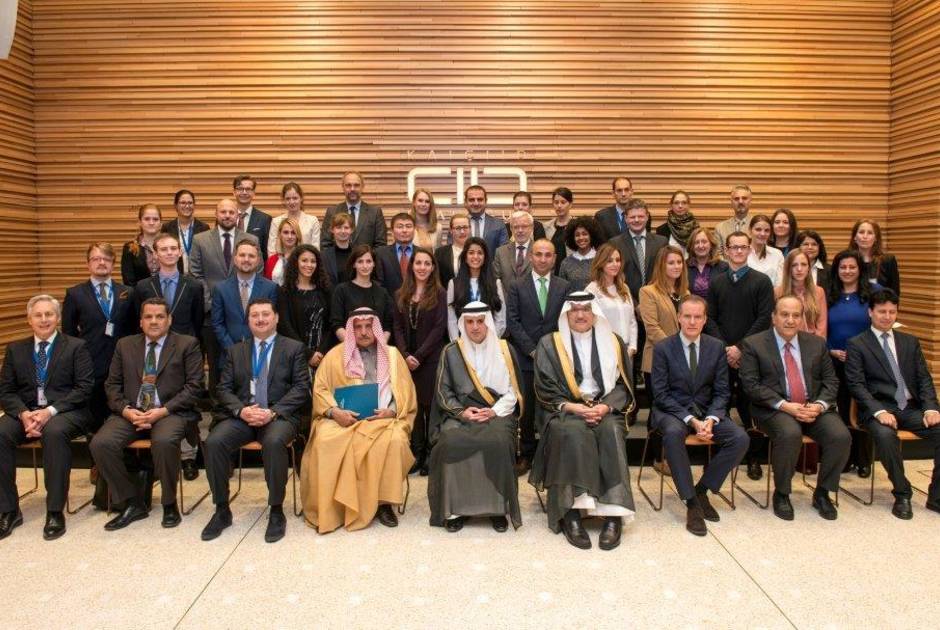 The Foreign Minister of the Kingdom of Saudi Arabia, H.E. Adel Al-Jubeir, and a high-level delegation visited the International Dialogue Centre (KAICIID) in Vienna on 22 October 2015.

The Secretary General of KAICIID, Faisal Bin Muaammar, issued a statement thanking His Excellency the Foreign Minister for his visit.  Mr. Bin Muaammar also thanked the Kingdom and the Foreign Minister for their pivotal role and their ongoing support of the Centre’s initiatives in building bridges among followers of different religions and cultures.

During the meeting, Foreign Minister Al-Jubeir was briefed on the Centre’s projects and initiatives, including the initiative “United Against Violence in the Name of Religion”, that  supports peaceful coexistence in the Middle East. The briefing also included an update on KAICIID’s peacebuilding projects in the Central African Republic, Iraq, Myanmar, Nigeria and Syria.

During his visit to the International Dialogue Centre, Foreign Minister Al-Jubeir stated that “I am delighted to visit KAICIID, a cultural landmark, and I greatly appreciate the work of all those who are engaged in fulfilling its mission, which we all fully support”.

On behalf of Secretary General Faisal Bin Muaammar, Director General Fahad Abualnasr welcomed Foreign Minister Al-Jubeir and emphasized that “this was a very valuable opportunity to offer an update on the Centre’s activities and plans for the Foreign Minister, who represents one of KAICIID’s Council of Parties Members, Saudi Arabia. We deeply appreciate the Minister’s continuing support for interreligious dialogue, and especially for our work in building bridges between people of different religions and cultures through dialogue, especially in conflict areas around the globe”.