The Role of Women in Islam – A Public Lecture by Dr. Liselotte Abid 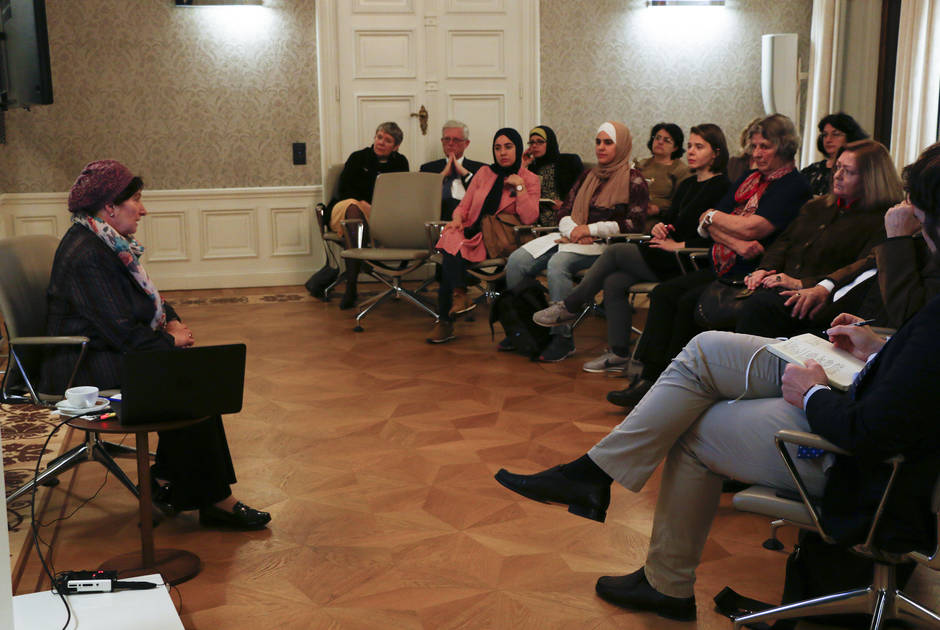 The Austrian Islam expert Dr. Liselotte Abid from the Department for Oriental Studies at the University of Vienna delivered a lecture at the International Dialogue Centre (KAICIID) portraying the role of women in Islam as part of the Centre’s focus on International Women’s Day.

Dr. Abid’s lecture - part of the Centre’s regularly scheduled “Religions in Dialogue” expert lectures series, addressed "Women in Islam - a New Generation". Based on her years of historical research on women’s empowerment in Islam, Dr Abid described the historical arc of the social position of Muslim women from pre-Islamic times to the 21st century. To illustrate the milestones along the arc, Dr. Abid highlighted the vital role of pioneer women in Islam, such as Leila Ahmed, the first professor of women’s studies in religion at Harvard Divinity School, Nawal El Saadawi, often described as "the Simone de Beauvoir of the Arab World" and Mona Eltahawy, an outspoken activist on women’s rights in the Arab world.

Arriving at the present day in her overview, Dr. Abid elaborated the contemporary challenges for Muslim women in Europe, which are most notably seen in the political discussion of Islam, as well as women’s choices regarding religious practices such as the personal decision to wear a headscarf. As an example, she highlighted the great diversity among Austrian Muslim women which expresses itself also in the increased level of self-confidence among many practicing Muslim women, as well as the great importance younger women assign to education.

KAICIID regularly hosts public lectures in German-language on world religions, interreligious dialogue and coexistence at its historic headquarters in Vienna. The next public lecture by Prof. DDr. Franz Gmainer-Pranzl on Austrian religious history from Habsburg Catholicism to religious diversification will take place on 26 April 2018. To register, and to be added to our mailing list, send us an email at [email protected]