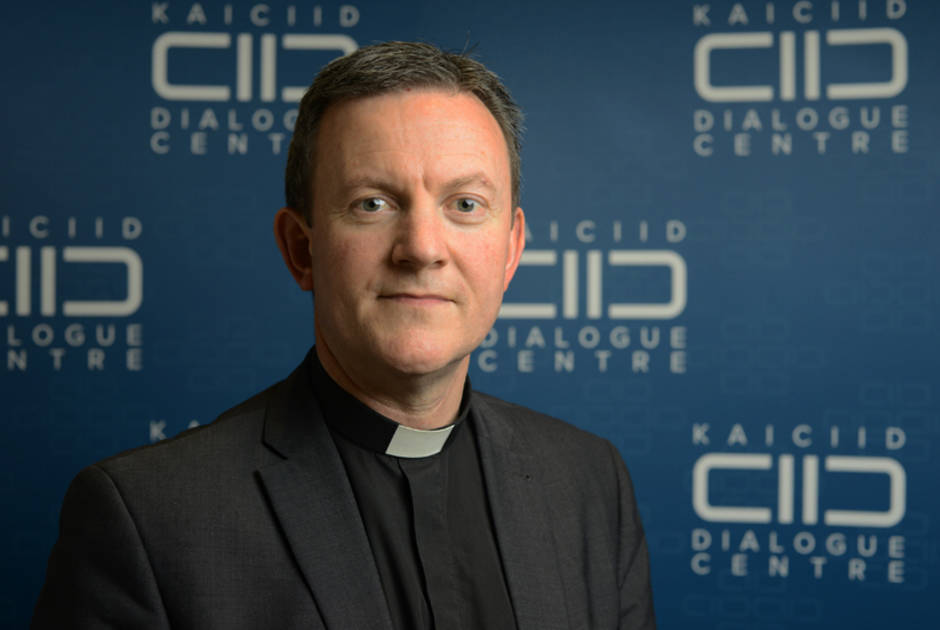 VIENNA, 15 January 2015: Reverend Mark Poulson, Secretary for Inter Religious Affairs to the Archbishop of Canterbury and National Inter Religious Affairs Adviser for the Church of England, has been appointed to the Board of Directors of the Vienna-based King Abdullah Bin Abdulaziz International Centre for Interreligious and Intercultural Dialogue (KAICIID). Reverend Poulson replaces the Right Reverend Toby Howarth, Bishop of Bradford on the nine-member, multireligious Board of Directors of the KAICIID Dialogue Centre.

KAICIID is the only intergovernmental organization with a Board of Directors of religious and faith leaders from different traditions: Buddhism, Christianity, Hinduism, Islam, and Judaism. The KAICIID Board of Directors determines and oversees all aspects of the Centre’s work, together with the Council of Parties: Austria, Saudi Arabia, Spain and the Holy See as a founding observer.

The Right Reverend Toby Howarth said: 'I am delighted that the Reverend Mark Poulson will be representing the Archbishop of Canterbury on the KAICIID Board of Directors. Mark brings to the Board years of experience working at the grassroots across religious and cultural difference in some of the most diverse neighbourhoods in Britain. He is a man of integrity and wisdom, and is exactly the kind of person the Centre needs in its crucial work of developing international dialogue.'

Revd. Mark Poulson was appointed in November 2014 to serve as the Secretary for Inter Religious Affairs to the Archbishop of Canterbury and National Inter Religious Affairs Adviser for the Church of England. Before this appointment, Reverend Poulson has been Vicar of St John’s Church, Southall for the last 11 years. He has also been involved nationally in the Church of England’s Presence and Engagement Programme as a long-standing member of its Task Group. He is also on the Board of the Church’s successful partnership with Government, the Near Neighbours Project, which brings people together who are near neighbours in communities that are religiously and ethnically diverse, so that they can get to know each other better, build relationships of trust and collaborate together on initiatives that improve the local community they live in.

Reverend Mark Poulson said: I am honoured and delighted to be joining such a gifted and experienced board of directors for an organisation like KAICIID, which exists solely to develop understanding between faith communities and to build bridges and creative alliances. At a time of fragility and fear, it seeks to stand boldly for dialogue and trust.”

Secretary General Bin Muaammar welcomed Revd Poulson to the Board: “Reverend Poulson’s expertise in engaging with different religious communities, and his experience in engaging with policymakers are strengths that we hope to draw on.

Reverend Poulson joins us at a challenging time: dialogue is more critical than ever to reverse this trend of growing hatred, marginalization, oppression and mistrust between people of different religions.

It is no easy task to build dialogue in this climate: we are fortunate to be able to draw on the wisdom of noted religious leaders from such a diversity of different religions, and on the expertise of States with vastly different experiences of engaging with religious communities.”

The KAICIID Board of Directors is composed of nine religious leaders from Buddhism, Christianity, Hinduism, Islam, and Judaism.