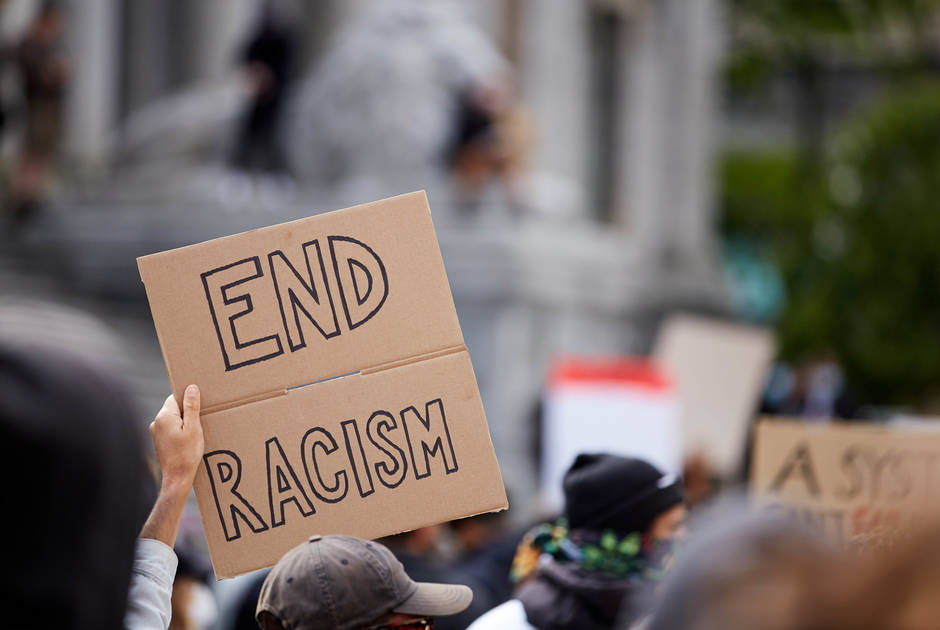 The virtual forum marked the fifth in a series of regional meetings that will produce policy recommendations for the global G20 Interfaith Forum ahead of proposals that will be submitted to world leaders at this year’s G20 Summit, scheduled to take place in Riyadh, Saudi Arabia, in October.

Lieutenant-General (ret.) Roméo A. Dallaire, founder of the Roméo Dallaire Child Soldiers Initiative which seeks to end the recruitment and use of child soldiers, delivered the keynote address. Lieutenant-General Dallaire drew on his experiences as Force Commander of the United Nations Assistance Mission for Rwanda prior to and during the 1994 genocide, which involved the systematic killing of more than one million people – mainly Tutsi, but also moderate Hutu, Twa and others who opposed the genocide – according to UN reports.

“Many signs point to the fact that the youth of the Third World will no longer tolerate living in circumstances that give them no hope for the future, which is the root cause of rage,” said Dallaire. “If we cannot provide hope for the untold masses of the world, then the future will be nothing but a repeat of Rwanda, Sierra Leone, the Congo and September 11.”

Faisal Bin Muaammar, KAICIID Secretary General highlighted the role of racism and disinformation as barriers to overcoming the pandemic. “There are overriding global issues that we need to overcome together,” said Muaammar. “The most visible one is COVID-19, the hidden enemy. This pandemic has changed our world in a few short months, but at the same time it has exposed fault lines and inequalities that were also part of our world - racism, xenophobia and disinformation – making it harder for us to avert crises such as COVID-19.”

The North America Regional Consultation took the form of three conversations about refugees and forced migration, religious responses to COVID-19 and discussions regarding anti-racism and religious responsibilities.

In co-hosting the “Conversation on Anti-Racism and Religious Responsibilities”, Dr. Ganoune Diop, Director of Public Affairs and Religious Liberty for the worldwide Seventh-day Adventist Church underlined the importance of tackling the world’s “perpetual pandemic”, racism.

“The current global COVID-19 pandemic has sparked a heightened awareness of the human community’s perpetual pandemic: racism,” said Dr. Diop. “The brutal murder of African-American George Floyd while in police custody in Minneapolis unleashed a planet wide wave of outrage and revulsion at the ancient scourge of racism. The mandate of the G20 Interfaith Forum demands a recognition that racism and its corollary — antiracism — do not constitute an issue, but an idiom. Racism infects every aspect of human endeavour and planetary existence.”

In co-hosting the “Conversation on Religious Responses to COVID-19”, Ruth Messinger, Global Ambassador for American Jewish World Service, spoke about how the ongoing global pandemic, which has seen more than 761,800 deaths and over 21.6 million confirmed cases, is worsening inequality and exacerbating other health problems.

“In many parts of the world, the focus on COVID-19 means that the focus on other health measures is likely to be derailed. In the Global South, this means the explosions of something like measles,” said Messinger.

In co-hosting the “Conversation on Refugees and Forced Migration”, Rev. David Hollenbach, S.J., Pedro Arrupe Distinguished Research Professor in the Walsh School of Foreign Service and a Senior Fellow with the Berkley Center for Religion, Peace, and World Affairs at Georgetown University, highlighted how religious communities can draw on their traditions to alleviate the urgent needs of refugees and other forced migrants.

“The refugee crisis is not only a crisis facing the people who are suffering, but it’s a crisis facing our humanity as a human community, the commonality that binds us together,” said Rev. David Hollenbach. “We could say that humanity as a community has been fractured. We’re building walls, we are excluding people, we are turning people back when they come across the sea in plastic boats. It is a very severe problem.”

The North America Regional Consultation will reconvene on 21 August, and will culminate in the presentation of a series of recommendations to policymakers on the thematic focuses of the G20 Summit. The 2020 G20 Interfaith Forum agenda builds on the goals of social cohesion, equity, and sustainability that have been a central underlying theme for the Forum from its inception.

Yesterday’s event was hosted by Georgetown University’s Berkley Center for Religion, Peace, and World Affairs and the World Faiths Development Dialogue (WFDD). The co-organizers of the 2020 G20 Interfaith Forum are the G20 Interfaith Forum Association, the International Dialogue Centre (KAICIID), the United Nations Alliance of Civilizations (UNAOC) and the National Committee for Interfaith and Intercultural Dialogue in the Kingdom of Saudi Arabia (NCIID).