'Religions in Dialogue': Lecture on the History of the Orthodox Church in Austria 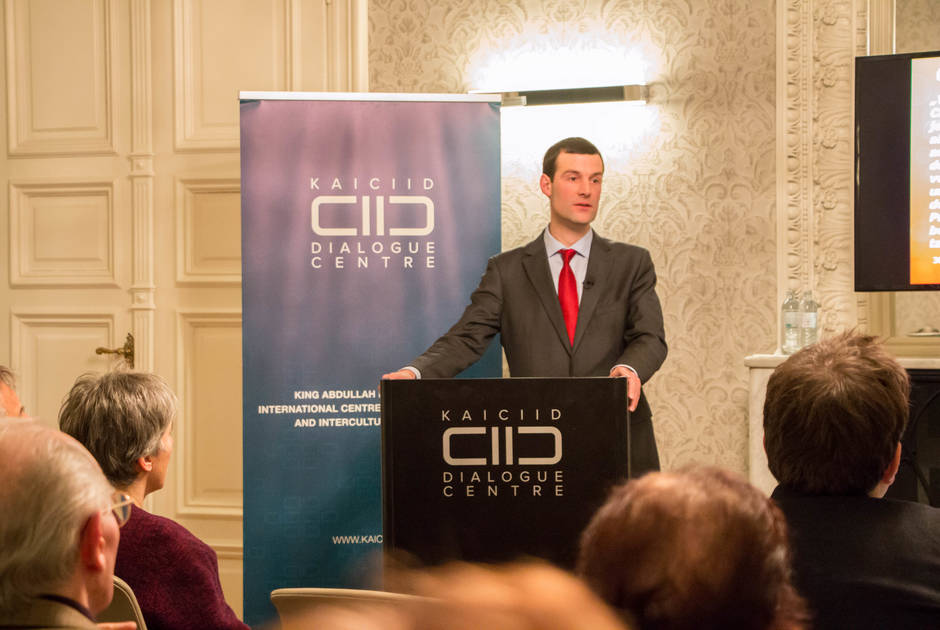 19 January 2017, Vienna – The International Dialogue Centre’s (KAICIID) first lecture in its series ‘Religions in Dialogue’ of the New Year was presented by Dr. Mihailo Popović, Secretary of His Eminence, Metropolitan Dr. Arsenios (Kardamakis) of Austria and KAICIID Advisory Forum member, who introduced the capacity audience to the history of the Orthodox Church in Austria from the 17th to the 20th Century.

As an expert on Byzantine history, Dr. Popovic gave an overview of the Byzantine Empire starting in 337 AD under Emperor Constantine the Great. He explained the pentarchy as the five patriarchates in Rome, Constantinople, Alexandria, Antioch and Jerusalem governing the Christian church, and their shifting role following the East-West schism in 1054.

Dr. Popovic then explained that, contrary to popular belief, the Orthodox diaspora community has also a long-standing history in Austria, reaching far back into the 17th century when they received privileges by imperial decree through Empress Maria Theresia and her successors. Concluding his lecture, Dr. Popovic illustrated the present situation of the Orthodox Church in Austria by outlining how Orthodox churches are incorporated in Vienna’s landscape.

Following a lively Q&A session, the interested public had the opportunity to continue the dialogue at a small reception provided by ‘Habibi & Hawara’, a social enterprise employing refugees.

The next ‘Religions in Dialogue’ open-house lecture will be held on 16 February 2017, please click here to find out more information.