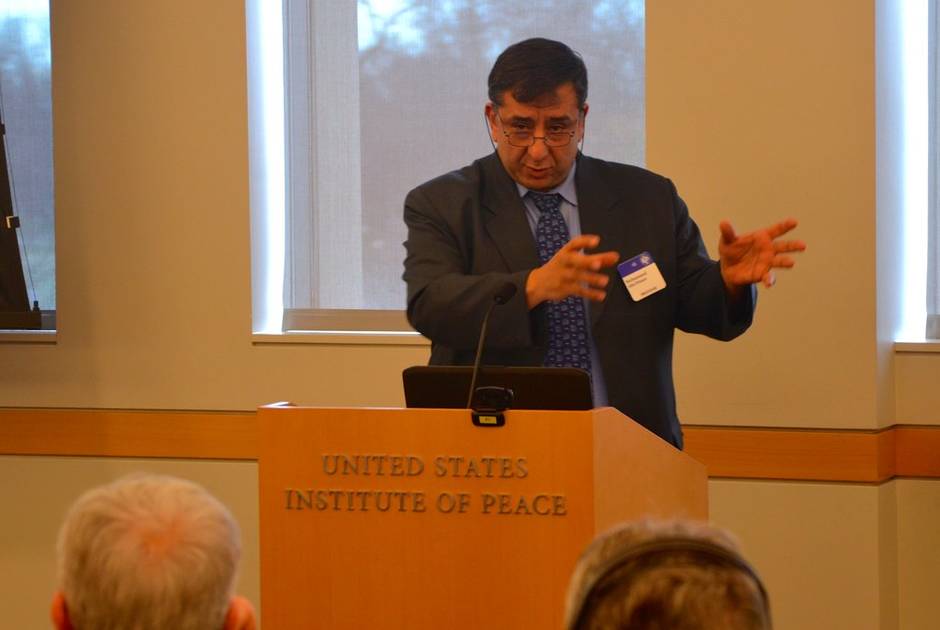 Washington, DC -- During a two-day conference hosted at the United States Institute of Peace, on 29 February and 1 March, religious leaders and representatives of faith-based organisations from the Americas met to develop a regional strategy on countering incitement to violence and prevent atrocity crimes.

The meeting in Washington was the third in a series of regional meetings aimed at developing strategies to implement the global plan of action for the prevention of incitement developed by religious leaders from around the world in Fez, Morocco, on 23-24 April 2015, which was organised by the United Nations Office on Genocide Prevention and the Responsibility to Protect and the International Dialogue Centre (KAICIID).

Speaking during the opening ceremony of the Americas conference, Adama Dieng, UN Special Adviser on the Prevention of Genocide, emphasised the special role religious leaders can play in preventing atrocity crimes.

“Religious leaders can be effective in reducing tensions and preventing violence. The capacity religious leaders have to influence vast sectors of society is unique,” he said.

The Centre was represented at the meeting in Washington by Professor Mohammed Abu-Nimer, KAICIID’s Senior Adviser on Peacebuilding. Professor Abu-Nimer gave a presentation on the relationship between violence and religion that helped set the stage for the discussion that followed. He told the participants that they must avoid the “language of should” over the next two days when formulating the regional strategy for the Americas.

“When addressing religious leaders, it is important to recognise that the language of ‘you should do this’ or ‘you should do that’ can be highly offensive; there is a fundamental and inherent problem with this approach because is very one-sided. We must acknowledge the issue of risk here and therefore also consider in these regional strategies what the state can offer in terms of protection to religious leaders who speak out against discrimination, hostility and violence,” he said.

The regional strategy developed in Washington included recommendations to map existing initiatives; monitor and publicize acts of hatred and incitement that could lead to violence; develop alternative messages in response to hate speech and hate crimes; build robust multi-faith social action and strategic communication campaigns and develop specific educational tools to promote the values of diversity and respond to incitement to violence.

In the Central and South American context, religious actors highlighted the importance of historical memory and truth seeking processes; promoting debates on gender equality within religious institutions; the prevention of gender-based and domestic violence; creating a Central American network aimed at tackling youth violence associated with criminal activity and enhancing the protection of religious leaders who are courageously working to prevent and counter hatred and radicalization.

Click here for the official UN press release on the event.