Refugee and Migrant Women Must Have an Active Role in Policymaking, Experts Recommend 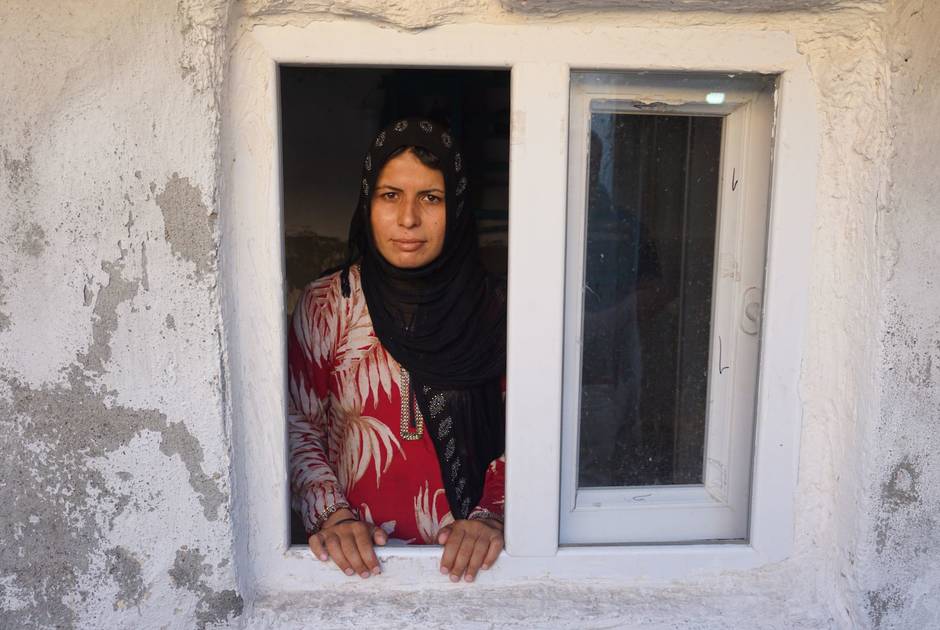 Refugee and migrant women must have a seat at the policymaking table if systemic issues of social exclusion and discrimination are to be addressed, a panel of gender equality experts said yesterday.

Marking World Refugee Day, KAICIID’s Women on the Frontlines: The Importance of the Empowerment of Female Refugees and Migrants for a Socially Inclusive Europe webinar explored the plight of refugee and migrant women on the continent and elsewhere, recognising their resilience in the face of extreme hardship, and offering solutions to the challenges that confront them.

During the webinar, members of the KAICIID-supported platform Network for Dialogue shared messages of solidarity with refugee and migrant women across Europe. The event was moderated by Amina Khalid, Head of the Sustainable Communities Programme, Initiatives of Change, and Network for Dialogue member.

Female refugees and migrants are particularly vulnerable to discrimination, violence, and forced displacement, and often struggle to access basic support and services designed to alleviate their problems.

Language is frequently at the root of this issue, explained Dr. Salome Mbugua, Co-President of the European Network of Migrant Women and a commissioner for the Irish Human Rights and Equality Commission.

“Language is a huge challenge, because most migrants don’t know the language of the country they end up in,” Dr. Mbugua said.

“This impacts their determination to engage and integrate with the local community, and can sometimes result in their complete exclusion and isolation.”

Living on the periphery of society, even the most basic functions — like receiving healthcare or shopping for food — become difficult, said Dr. Mbugua. Deeper challenges, such as exclusion from the labour market, make matters worse for refugee and migrant women, who are often at risk of coming under the control of an abusive partner.

“In some cases, the status of a woman is dependent on her spouse. If that man is violent within their relationship, then it’s very problematic, very difficult for the woman to become independent.”

To adequately address such grave concerns, women with lived experience of refugee trauma must educate the policymaking process, ensuring positive action is taken at the top, before cascading down to the grassroots. That’s the belief of Anila Noor, a policy advisor working on inclusion, diversity, and social justice, who spoke of her own migrant journey from South Asia.

After claiming asylum in the Netherlands, Noor hoped to experience Europe’s seemingly progressive approach to equality. Sadly, however, she was met with disdain and discrimination, being sent by her local authority to work in a factory, despite extensive higher education and professional qualifications.

Refusing to let that be her fate, Noor set out to prove what refugee women can achieve, establishing New Women Connectors, a platform that promotes the involvement of female migrants in the policymaking process.

“This is the responsibility I have put on my shoulders, to show that refugee and migrant women are role models, that they are resilient, and that they’re trying to contribute to their new home countries.”

“At New Women Connectors, we are trying to take a seat at the table as co-creators of policy, not passive receivers.”

By bringing women together in a safe space to discuss their individual and shared difficulties, Noor’s organisation helps its members see that they have a role to play in policy formulation. This is crucial, as the process is often convoluted and technical, making little effort to make migrant women and girls feel welcome.

It’s a familiar story for those working on women’s rights outside of Europe, particularly in the refugee camps of the Middle East. Yadviga Kirdzik is a programme manager at the International Catholic Migration Commission (ICMC) in Jordan, where issues of child marriage and economic exclusion are a blight on the lives of thousands of migrant women. These problems often stem from poor access to schooling, Kirdzik said.

“There’s a lack of educational opportunities for female refugees and migrants, mainly due to the high cost of education.”

“Most refugee and migrant families cannot afford educational fees, especially in Jordan. Dropping out of school or not following up with higher education contributes to their overall marginalisation, confinement to the household, and can potentially be linked to early marriage for girls.”

Shortcomings in education can also adversely affect social cohesion, Kirdzik explained, with migrants having to compete with low-skilled members of the host population for entry level jobs, sparking resentment and xenophobia.

To address this, the ICMC is harnessing the power of interfaith dialogue, joining forces with national and community-led Islamic organisations. By working collaboratively, their capacity to access funding and support vulnerable refugee communities is strengthened, Kirdzik said, sharing the sad yet uplifting story of Sara, a migrant from Syria.

Leaving behind her war-torn home, Sara arrived in Jordan while pregnant. Tragically, the baby girl died soon after birth — a result of the stress and malnutrition endured by her mother. Crippled with bereavement, Sara’s husband was unable to support the family, so she set out to find work herself. With the help of Kirdzik’s organisation, Sara received a qualification in tailoring, helping springboard a career as a seamstress.

Despite these tales of progress, many barriers still exist for migrant and refugee women. This is especially true amid the COVID-19 crisis, the webinar heard, with socially excluded migrant groups less able to access healthcare and vaccination, and more vulnerable to the pandemic’s economic aftershocks. 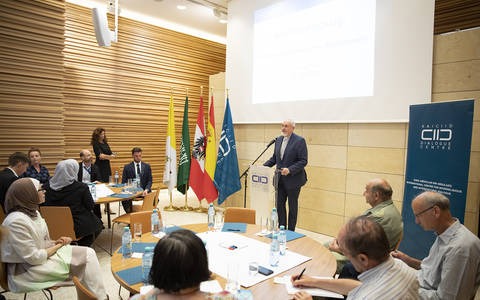