"Put Down Your Weapons and Sit Down with Me" 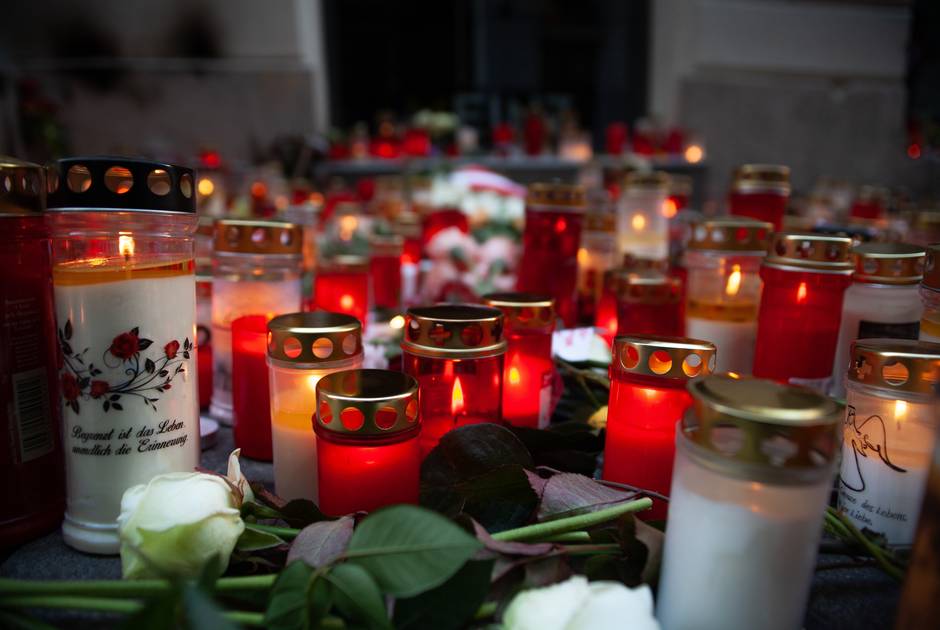 "Put down your weapons and sit down with me": Irmgard P. remembers one of the victims of the terrorist attack in Vienna - her sister

This is a translation of a guest article that was published originally in Der Standard on 6 November 2020, an obituary for the 44-year-old woman who was killed during the terrorist attack in Vienna on 2 November. Written by Irmgard P, the victim’s sister.

On November 2, around 8 pm, five people were in the wrong place at the wrong time. All five are now dead. One of them was my sister.

Gudrun was actually not in the wrong place at the wrong time, she was in a good mood, having an after-work drink with her colleagues. She was relaxed and cheerful, taking the opportunity to sit with colleagues on a mild autumn evening, after a day at work. Place and time were very okay for her. Amidst the crowd of people, there was a young man nearby, who obviously saw no other possible way out of his misery but through committing a heavily armed shooting to kill as many people as possible before he himself was killed. The two met - and now we mourn for an "older lady".

She always cared for the vulnerable

The “older lady” as the media reported, the 44-year-old woman, the second female victim, was my sister, but she was so much more. She was a loving life partner, daughter, sister, granddaughter, niece, aunt, cousin - and she was a good friend to many, many people. She was a valued co-worker and a popular colleague. Since her childhood she has been advocating for the vulnerable: She was very committed to protecting women from violence, a great advocate of tolerance, a member of the works council, and a mediator who always wanted to help. For her, a person was first and foremost a human being; gender, skin colour, origin, social standing, appearance, faith, opinions, or any other preferences were secondary and everything was acceptable to her as long as nobody got hurt, offended or degraded by it.

Because she was where she was on 2 November, I now have to organize her funeral. If she hadn't been there, we might now be sitting here together and talking about what happened there, in the first district of Vienna, right next to her office. I think about what her opinion would have been...

She would have said that anger, hatred, exclusion, zero tolerance or violence can never be part of a solution, but that they are very often part of the problem. We would have remembered how difficult it was to find our way when we were young. That we were actually lucky to always have had people around us who showed us paths that could not be taken by violence. That we were part of a loving family, recognized members of school classes, groups, friends and associations. We were seen, recognized and appreciated for who we are.

We have received an education that has enabled us to find role models for peaceful coexistence, which has made us courageous but also vigilant and careful about bad influence. We were allowed to grow up in an environment that taught us how to not be made the plaything of powerful people and manipulators. Had my sister had the power to choose how to act in this situation, she would have wished to be able to face this young person safely, without bullets. She would certainly have approached him rather briskly and said, "Stop this immediately, it's nonsense. Put away your weapons and sit down with me. Tell me what's making you so angry." And I know she would have talked, discussed and argued with him until he would have seen that there are many ways for him and not just this one. But she never would have said "Get lost, you a**h***".

"She would offer help"

If my sister could still speak, she would thank you for your sympathy. But then she would say that this sympathy is no longer of any use to her. She would ask you to give your sympathy to the living who need it. She would ask you, wherever possible in your environment, not to exclude but to integrate, not to respond to aggression with aggression but with a clear "Stop, don't do it", and then offer help. You cannot change the world, but you can change your behaviour.

All who knew and loved her will miss her terribly, but most of us will not react with hatred for the person who took her life. If you want to honour my sister and her memory, I ask all of you not to react with hate and exclusion. That would trample on everything she stood for, lived for and advocated for. (Irmgard P., 6th November 2020)

Irmgard P. is the sister of one of the victims of the terrorist attack on Monday evening in Vienna. Her name is known to the editorial staff at Der Standard.