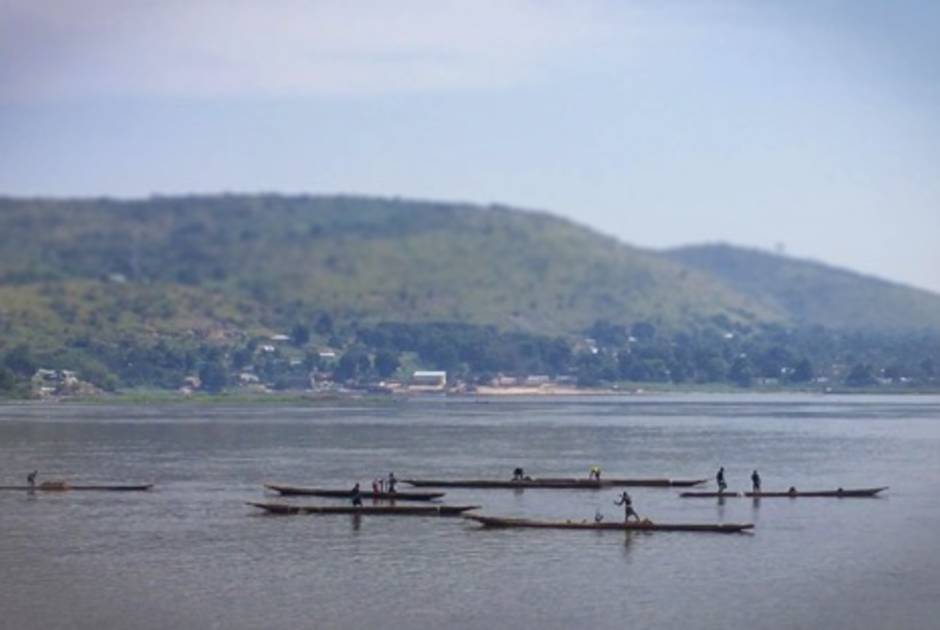 Religious leaders play a crucial role in promoting peace in communities where social cohesion is lacking.  Support for dialogue in the Central African Republic at every level is essential in preventing inter- and intra-community violence. Throughout 2019, KAICIID worked directly with community and religious leaders by supporting existing platforms and initiatives, training people in dialogue, countering hate speech and supporting local community-based projects. 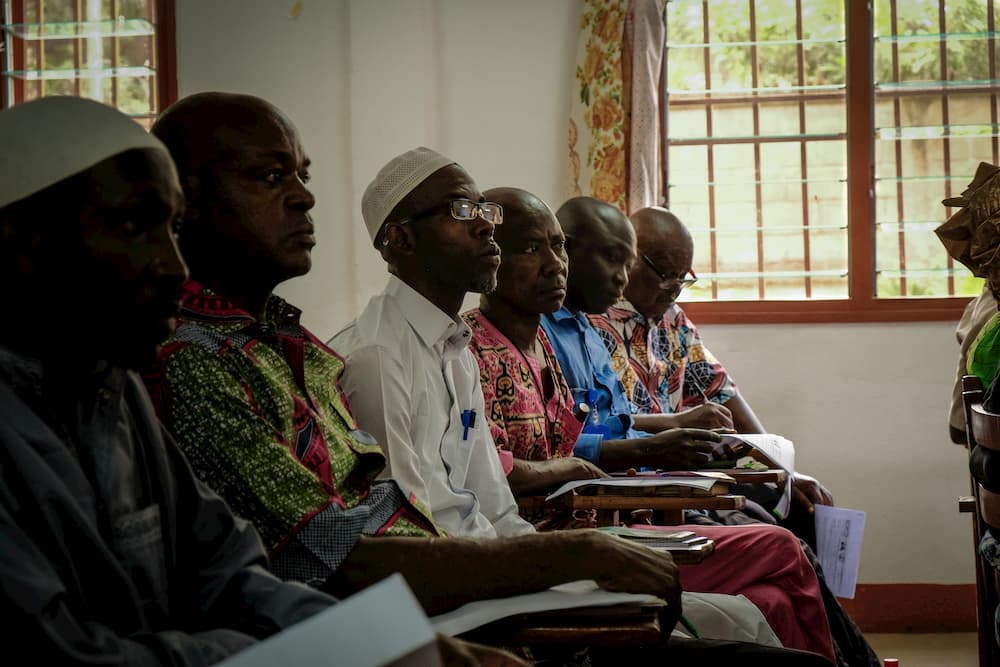 Religious and community leaders attend a dialogue training event hosted by KAICIID. The training involved more than 30 participants of different faiths, including those heavily affected by violence as recently as 2018. Photo: Nabil Kasri 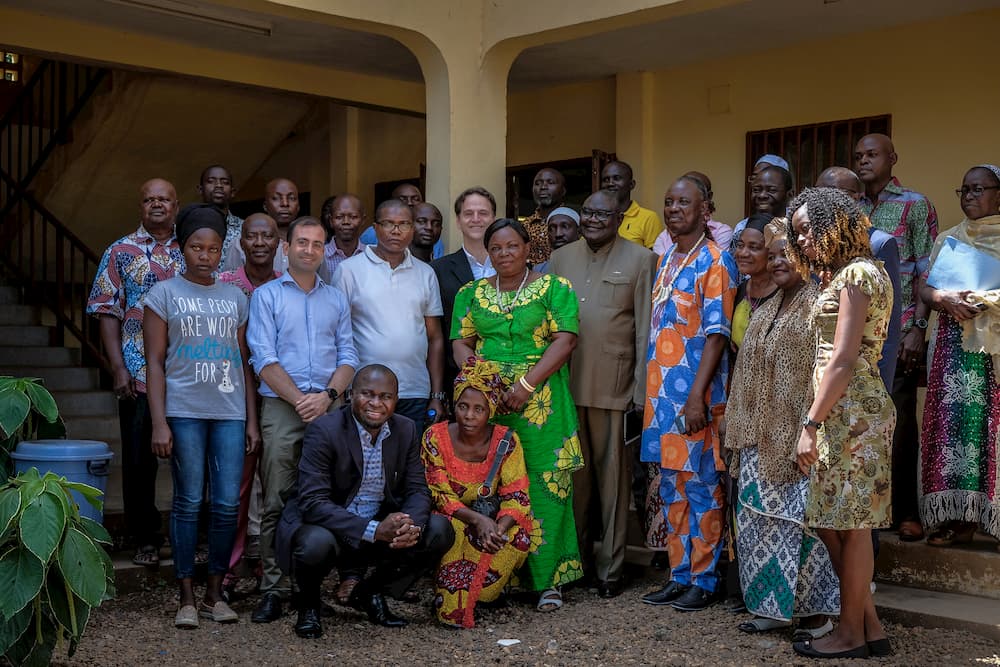 The training for the local branch offices of the interfaith platform was given by KAICIID Senior Adviser Dr. Patrice Brodeur. The offices will act as first-responders to conflict when it threatens their villages and prefectures. Photo: Nabil Kasri

Religious leaders in the Central African Republic have been working together for many years through the national interfaith platform, the PCRC (Plateforme des Confessions Religieuses de Centrafrique), which is based in Bangui and which has been expanding through branch offices in prefectures throughout the country. KAICIID has been working with the platform since 2016  and this year committed to further financial and institutional support through 2020. In 2019, in collaboration with the platform, the Centre sponsored a national awareness campaign against hate speech and incitement to violence and have been building the capacity of a new network of journalists, the Network of Journalists Sensitive to Conflict and Prevention of Hate Messages (Réseau des Journalistes Sensibles au Conflit et de Prévention des Messages de Haine) in conflict sensitive journalism. .

When tensions are high, especially in conflict regions, rumours spread via social media and can lead to misunderstanding and violence. Together with the platform, KAICIID launched an awareness campaign on the dangers of hate speech, including through radio talk shows and billboards. Photo: KAICIID 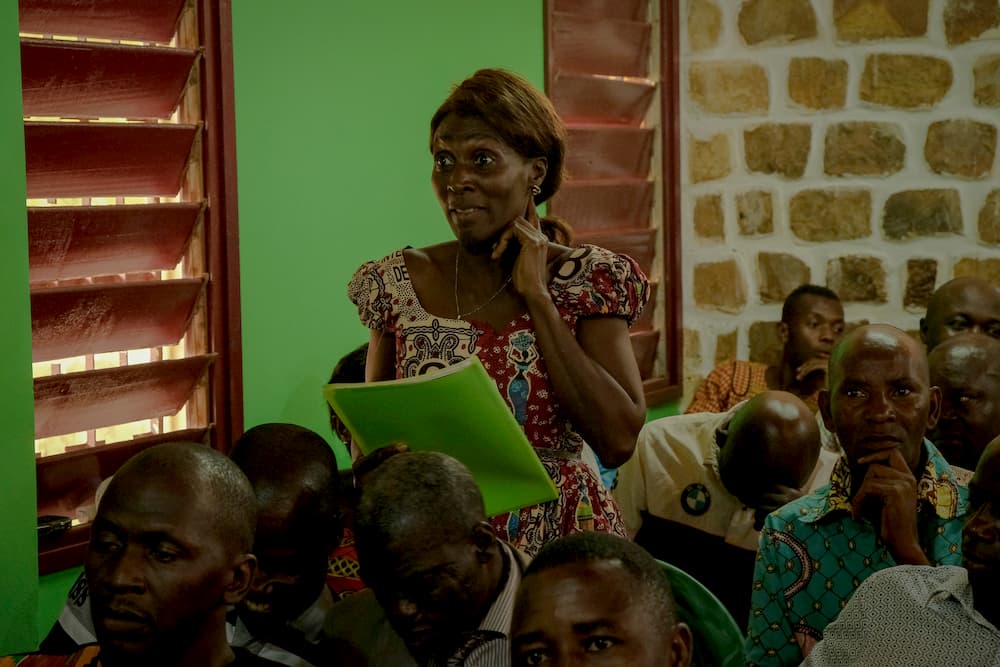 We are also working closely with the University of Bangui to train students in dialogue. In September this year  KAICIID Senior Adviser Dr. Patrice Brodeur delivered a master class on interreligious dialogue to graduate students in conflict management. Photo: Nabil Kasri

In 2019, KACIIID supported the creation of a national network of journalists who cover conflict in the Central African Republic, and are working with local experts to train them in conflict reporting and in the use of responsible language to counter hate speech and dehumanising rhetoric in traditional media.

Michaël Mounzatela is from the Network of Journalists Sensitive to Conflict and Prevention of Hate Messages. From 20 to 21 September, the KAICIID-supported Network organized its constituent general assembly. The assembly saw the participation of 42 journalists, as well as of the national High Council of Communication and the French Embassy in Bangui. The Network actively engaged with policymakers and advocated strengthening legislative and policy tools aimed at ensuring that media in CAR was aware of the need for inclusiveness in its reporting.

KAICIID is now supporting small community dialogue projects through the Centre's small grant programme. The grants have been awarded to organizations that will implement community interfaith activities to bring different people together to promote reconciliation, social cohesion and support for the return of IDPs/refugees. Eleven projects involving communities outside of Bangui have been funded this year.

In spite of substantial progress since the signature of the Khartoum peace agreement in February 2019, security remains a major challenge for the implementation of dialogue initiatives in CAR. Most of the country is still under the control of local militias, and is not safe. There is also concern that the situation could deteriorate again ahead of the general elections planned for late 2020.