Pope Francis visit to Lesbos: a fertile ground for ecumenism and interreligious dialogue. 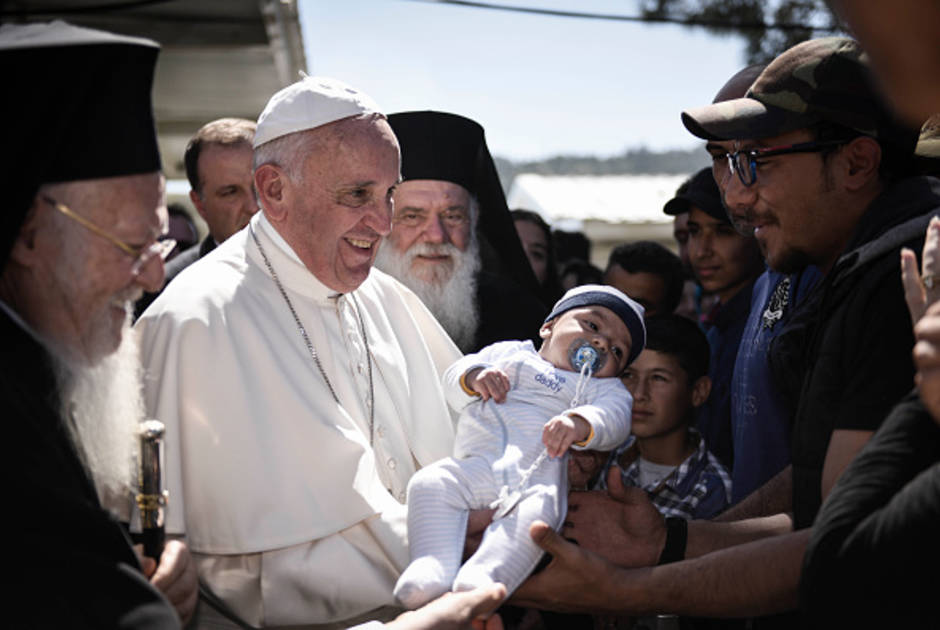 On 16 April 2016 Pope Francis, the Ecumenical Patriarch of Constantinople Bartholomew I, and the Archbishop of Athens and All Greece Hieronymos, met in Lesbos, the island in the Aegean Sea that has become over the past months the compulsory destination of thousands of refugees fleeing from countries at war, from the Mediterranean basin and the Middle East.

Following with concern the development of the conflicts in the Middle East region; the persecution of Christians, and the flow of refugees along the routes leading to Europe, Pope Francis, together with the leaders of the other Christian  Churches, wanted to open the eyes of Europe on the urgent major humanitarian problem involving desperate refugees seeking a better future in the European continent.

In Lesbos, Pope Francis blasted people smugglers and arms traffickers who he blamed for worsening the current refugee crisis in Europe. Addressing a large group of asylum seekers in a reception camp, Pope Francis said migrants were not numbers but people with ‘faces, names and individual stories’ who were prayed upon by ‘unscrupulous thugs’.

The time has come for all religious leaders to unite their voices to awaken the consciences, jointly proclaiming to the world that the Mercy of God shall prevail. Succeeding where politics fails, Pope Francis made a gesture of welcome regarding refugees, accompanying on his plane to Rome three families of refugees from Syria, 12 people in all, including six children.

Pope Francis had made appeals in favour of the refugees on several occasions, in the belief that “how we deal with them is a test of our humanity, our respect for human dignity, and above all our solidarity with our brothers and sisters in need.” (Uganda, 2015).

Pope Francis made the first pastoral trip of his pontificate to the island of Lampedusa, on 8 July 2013. That was when he first spoke out against the “globalization of indifference.” His latest sign of closeness to the migrants was on Holy Thursday, 24 March 2016, when he visited the reception centre for asylum seekers in Castelnuovo di Porto, near Rome.

By opening up to the great challenges of history, to the pains and wounds that afflict humanity, ecumenism and interreligious dialogue found a fertile ground of encounter in Lesbos.