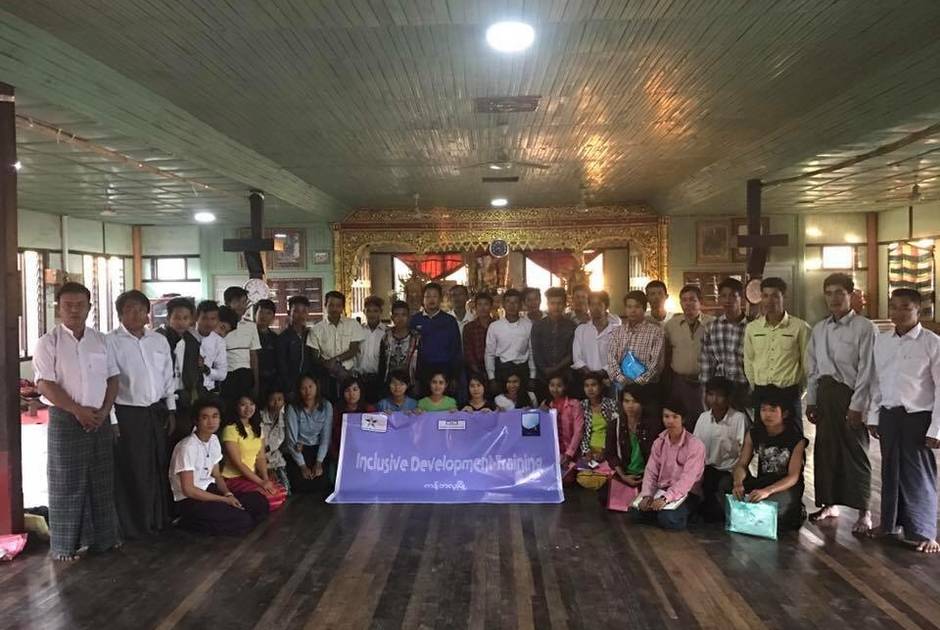 The Peaceful Myanmar Initiative (PMI) supported by the International Dialogue Centre (KAICIID) organized an interreligious dialogue training from 13 to 16 December 2016 to contribute to social cohesion and inclusive development in Kanbalu township in Myanmar. Altogether, 40 participants from different religious background attended, and it was facilitated by trainers from the Metta Campaign, a member of the PMI. The training focused on inclusive development and encouraged young people to engage in conflict resolution through interreligious dialogue.

To conclude the event, The PMI organized an interfaith music concert in Kanbalu on 17 December 2016 to raise awareness of the initiative and promote interreligious harmony. The event was attended by nearly 700 people, including Members of Parliament of Kanbalu Township and local administrative authorities, during which Asia Light Sayardaw, a prominent PMI member, introduced the initiative's activities in Kanbalu as well as the International Dialogue Center’s (KAICIID) contribution and upcoming activities in Myanmar.

The concert was performed by Saw Pho Kwar a well-known reggae singer and peace advocate, who participated in a KAICIID capacity building training in the Philippines, and his band "One Love". The PMI, with support from KAICIID, will be implementing similar initiatives in five other areas over the coming months.

The event was also attended by prominent Buddhist peace advocate and monk Myawaddy Sayardaw, whose speech described kindness and peace in different religions.

The Peaceful Myanmar Initiative (PMI) is a multi-religious and inclusive network composed of 15 prominent religious leaders from different faith traditions (Buddhists, Muslims and Christians) and civil society organizations who promote dialogue across Myanmar.

Our Myanmar country programme focuses on the development of interreligious structures and networks as part of building social cohesion and focusing on reviving the spirit of tolerance that previously existed in the country. The aim is to ensure that the Centre will contribute to establishing national and local networks and supporting initiatives that enable and empower stakeholders to work together to promote dialogue, interreligious harmony and peace in Myanmar.