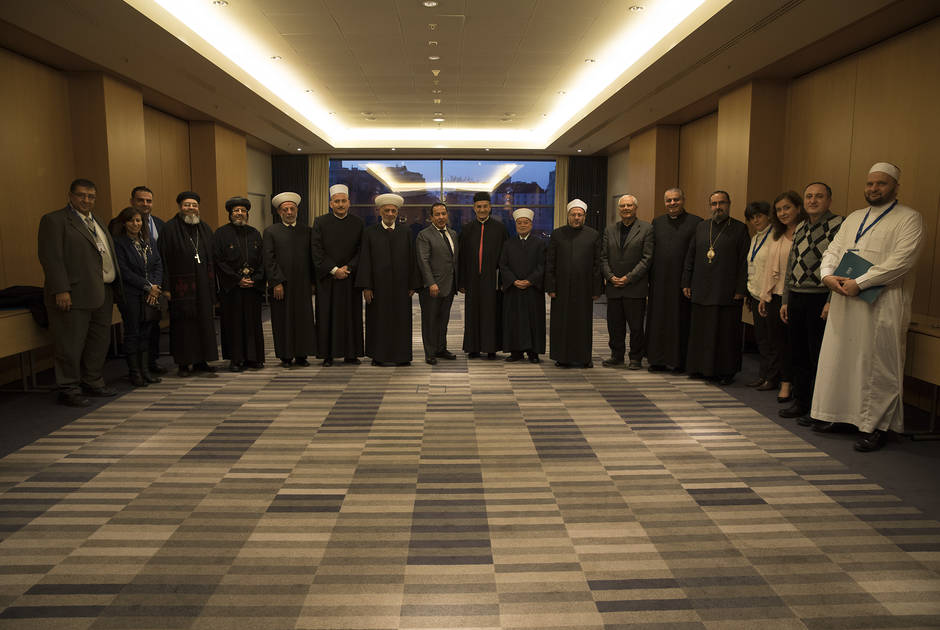 Following a vote in the Austrian parliament aimed at withdrawing the country from the Centre’s Council of Parties, the Interreligious Platform for Dialogue and Cooperation in the Arab World, founded with the support of KAICIID by 22 high level religious leaders from countries all around the Arab world, reiterated its support for the International Dialogue Centre (KAICIID) and highlighted the impact of its efforts promoting dialogue, understanding and peace in the region and around the world.

The Platform, established with KAICIID’s support in February 2018, is an historic initiative where Christian and Muslim leaders advocate for the rights of all communities in the Arab world.

We, members of the Platform for Dialogue and Cooperation between religious leaders and institutions in the Arab World, through our experience and work in the Arab countries and the Middle East, express our support for KAICIID’s activities and work, for its great achievements in dialogue, non-violence, anti-hate speech, extremism and the promotion of coexistence in the world in general and in conflict areas in particular.

Our support for the Centre is based on several factors that cannot be overlooked: the Centre includes a variety of members, representatives and religious leaders from different faiths and countries, as well as a number of experiences, initiatives and projects in the interest of world peace, non-violence in the name of religion and the promotion of coexistence in many regions of the world which are in need of such efforts.

Unlike other centres working in this area, KAICIID’s work is characterized by full transparency, balance and independence. Its remarkable efforts during the past years in bringing together religious leaders from different countries to solve many of the problems affecting the Middle East, North Africa and even Europe, have had a positive and influential presence at all levels.

What we have felt and seen from KAICIID through its initiatives to confront violence in the name of religion, the International Fellows Programme and the Arab region fellowship, from which dozens of participants from diverse religions, nationalities and ethnicities have graduated to spread the culture of dialogue, coexistence and citizenship makes it a role model that we should seek to replicate and take advantage of, given its pioneering experience in promoting dialogue and non-violence.

Our desire to spread world peace and to build bridges of understanding and dialogue among all people according to their religions, nationalities and ethnicities makes us enormously responsible for the cooperation with KAICIID while supporting and blessing its steps towards a world filled with peace, love and reconciliation.

For all these reasons, as a dialogue and cooperation platform between religious leaders and institutions in the Arab world, we call on the Austrian Parliament to review and revoke its decision. KAICIID is today an important centre to spread peace, security and non-violence around the world, and there are many existing initiatives and programmes that have been associated with KAICIID in the interest of world peace.