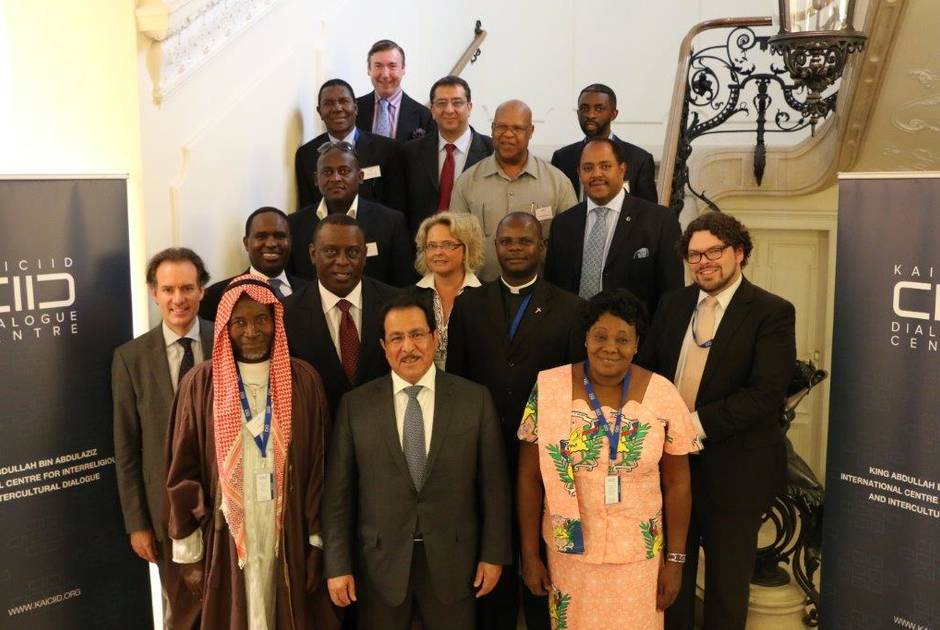 Conflict in CAR has political not religious causes, but religion has a role to play in the solution, say participants.

The King Abdullah Bin Abdulaziz International Centre for Interreligious and Intercultural Dialogue today convened a two-day meeting of experts and religious representatives from the Central African Republic to discuss the facilitation of peacebuilding processes in the conflict-torn country.

The meeting heard the perspectives of those directly affected by the conflict. In light of these facts, the experts and religious representatives discussed how international and local organisations, ranging from interreligious to humanitarian organisations, can develop plans that will lead to concrete action to prevent the further deterioration of the situation in Central African Republic. The participants are also helping KAICIID formulate its peacebuilding strategy for the Central African Republic through the facilitation of an inclusive dialogue between religious communities in the country.

KAICIID Secretary General Faisal Bin Muaammar opened the meeting, offering the services of the Dialogue Centre and its expertise to support possible ways to advance resolutions to the unfolding crisis in CAR: “From the moment we began to explore options for a dialogical intervention, it was important for us to engage Central African experts and religious leaders in the search for a peaceful solution to the crisis. The experts and religious leaders who have travelled to Vienna for these crucial discussions have shown real courage, compassion and commitment to finding peace. We at KAICIID share that commitment. And we are convinced that within the wisdom of religious people lies the knowledge to help the citizens of the Central African Republic overcome this crisis and build for themselves a bright future.”

“This is Not a Religious Conflict, But a Profoundly Political One.”

The participants agreed that the conflict in CAR was not a religious conflict, but one rooted in historical, political, and economic concerns. Participants also warned that without immediate action to promote interreligious dialogue and alleviate the growing humanitarian and security crisis in the country, there was a significant risk of the country fracturing along religious lines, and the eventual disintegration of the country. The risk of a wider conflict beyond CAR’s borders was evident and must be prevented.

One participant said: “In CAR, people have a tendency to say that this is a religious war. This is not the case, and it was never the case that this was a religious war: it is the politicians who have done a very bad job and have contributed to the problems in the country; and now we can see the consequences.”

In the words of another participant: “There is a humanitarian crisis unfolding in Central Africa. This is not a religious crisis. It is deeply political. The country has had several conflicts in the past, but unfortunately this conflict is mutating into a religious one. All evidence points to a manipulation of religion. And manipulation of religion has enormous risks. We need to identify those manipulating religion to achieve certain ends.”

The participants highlighted a number of aspects of the crisis, including poverty and a growing food crisis, which has been exacerbated by the conflict.

The effects of the conflict are horrifying. A Central African participant said that there had never been such a high level of insecurity in the country. Daily killings and bombardment continue in Bangui. The conflict, and fear, are spreading north through the country. In a population for 4.5 million, there are 600,000 internally displaced people, of which 160,000 are seeking shelter in Bangui, a further 360,000 have fled to the neighboring countries. The security threat to Muslim communities is particularly acute, as Muslim populations are being forced to leave their homes and the country.

“We Need to Build a Common Language of Peace”

A participant said: “Politics have failed to help this conflict. It is not a religious war, but now we are in this chaos where women die, where children die, people are displaced, and we are witnessing these catastrophes.”

“On a religious level we don’t have a common peace language, so what can we share with the population? We need to build this peace language, to find solutions for people to find out what social cohesion really means. We live in a very rich country but politics have failed us.”

The participants emphasized the need for interreligious unity, unified models of social cohesion, and a common peace language.

Many of the participants welcomed KAICIID’s initiative to promote dialogue in the midst of conflict. One participant said, “In our country we are trying to provide a platform for interreligious dialogue and it is on this level that we could try to reconcile Muslims and Christians and try to find a solution to the problems ravaging our country.” Referring to the need to protect and support a diversity of identities to promote social cohesion, one participant said, “A country needs all different layers of social and cultural life and I welcome KAICIID’s initiative very much, and we need to find solutions in this crisis.”

Considering the causes of war and conflict, one participant said that “war commences with poisoned minds and war recedes, and peace will come, if minds are educated differently. This is why we are promoting education based on a model of peace, of Islamic-Christian dialogue. We definitely need to add this to the work KAICIID is going to do.”

Ambassador Alvaro Albacete, Special Advisor to the Secretary General at KAICIID and co-convenor of this consultative meeting, said: “We are extremely grateful to have had the opportunity to convene this group of religious representatives and experts: their knowledge of the situation at hand, and their commitment to dialogue will guide us as we seek a roadmap to engagement in the Central African Republic.”

KAICIID Special Adviser Mohammed Abu-Nimer, who moderated the discussions, stressed that “the myth must be corrected that the basis of the conflict is religious identity. That understanding will help people impacted by the conflict to refuse to be manipulated and find a path away from violence.”

The participants from the Central African Republic also described the difficulty of working on peacebuilding programmes under the current conditions, but emphasized their commitment to continue their efforts. Considering the conditions under which peacebuilding must be pursued, the meeting developed recommendations for consideration in KAICIID’s work to build dialogue in the country, these included a call to

Following this initial meeting, the KAICIID Dialogue Centre will sustain and expand cooperation with the participants and their stakeholders, as well as engaging organisations that work in the Central African Republic to develop effective collaboration action. 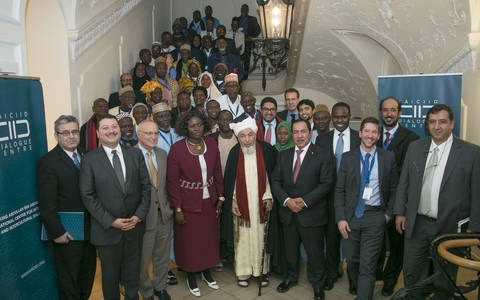