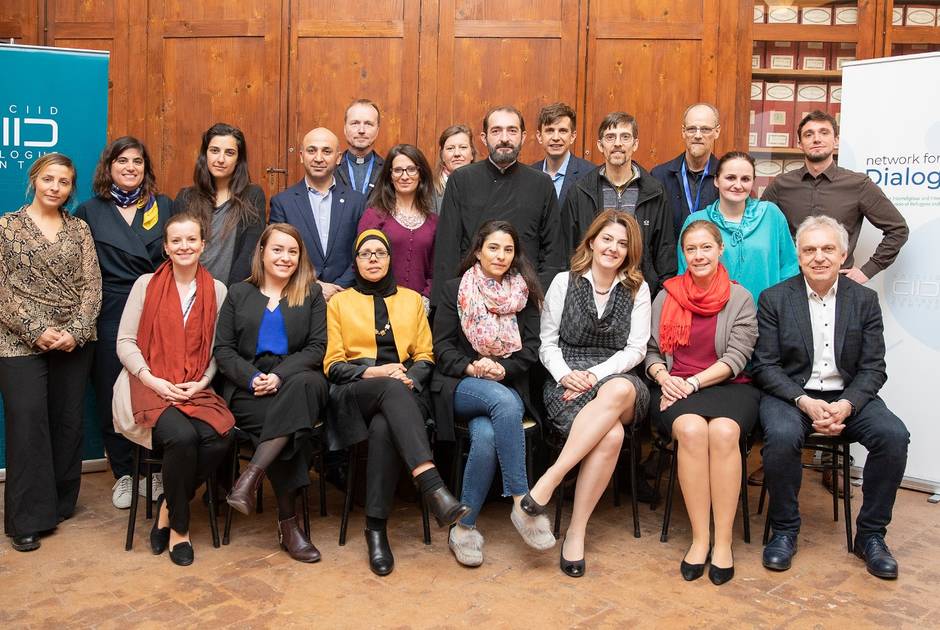 Seeking to bridge the gap between policymakers and grassroots organizations in an effort to develop more effective recommendations for integration policies in Europe, the International Dialogue Centre (KAICIID) officially launched the Network for Dialogue on March 4. The ceremony, held in Bologna, Italy, welcomed representatives of international research institutions and universities, civil society and faith-based organizations, experts and policymakers, with a special address given by KAICIID Board Member, H.E. Metropolitan Emmanuel of France.

The launch was organized through the partnership of the European Academy of Religion (EuARE), during the 2019 EuARe Annual Conference which gathered more than 1000 participants from around the world.

“We have gathered in Bologna to exchange knowledge and experience, bringing together scholars and practitioners with the aim to fill the gaps in interreligious and intercultural dialogue through initiatives targeted at social inclusion,” Dr. Aleksandra Djurić Milovanović, coordinator of the Network, said.

“It is a great opportunity to connect the launch with the EuARE conference as a valuable start for promoting the work of Network and strengthening its capacities internationally.”

The Network for Dialogue was initiated by KAICIID in 2018 in order to create a mechanism for exchange between grassroots dialogue actors, scholars and policymakers in Europe.  A unique platform, the Network seeks to build the field of dialogue in order to enhance support for people seeking refuge and migrants, and foster social inclusion within their communities. This initiative is based on recommendations from a 2017 Expert’s Workshop on Interreligious Education in Europe, co-hosted by KAICIID and the European Commission Representation in Vienna, Austria.