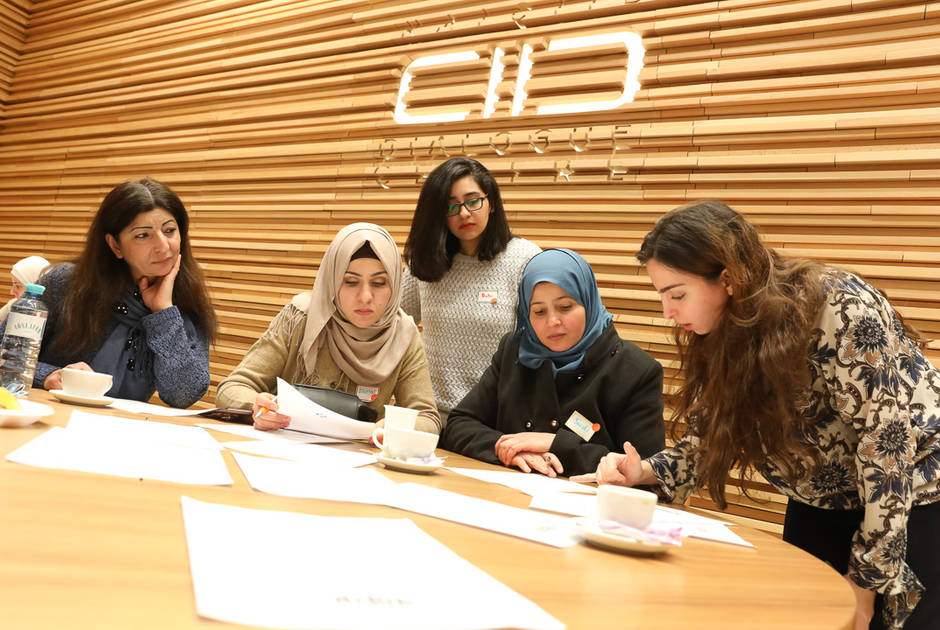 The author: Johannes Langer is KAICIID’s Programme Manager of the Programme for the Social Inclusion of People Seeking Refuge in Europe. Every year, he has a leading role in organizing KAICIID’s European Policy Dialogue Forum for Refugees and Migrants (EPDF), a platform that brings together key stakeholders working on the social inclusion of refugees and migrants in Europe.

In late November, the European Union released the “Action Plan on Integration and Inclusion 2021-2027”, which builds on the previous Action Plan of 2016, outlines the actions, principles and supportive mechanisms to promote “inclusion for all”, and recognises the barriers to integration which may hinder full participation by refugees and migrants.

An important and timely document, this Action Plan is relevant to all of us who work in the field of social inclusion of refugees and migrants which encourages all to commit to this new shift towards a more inclusive approach

This document, which replaces the previous Action Plan for Integration of third country nationals, represents a move towards building a narrative of more diverse and inclusive societies.  Through this focus on “inclusion for all” the new Action Plan embodies the EU’s readiness to ensure that all people arriving and residing in the EU have the opportunity to build a dignified life and to actively participate in society.

As the Action Plan rightly points out, integration and inclusion can and should be a win-win process, benefiting all of society. As actors in the field already recognize that to be successful, a two-way process is necessary where refugees and migrants are offered support to integrate and they in turn make an active effort to become active members of society. By reconfirming its commitment to coherent integration processes which are based on social and cultural inclusion of migrants and refugees and their active participation in European societies, the EU has demonstrated its leadership to lead meaningful exchange and dialogues and thus celebrating diversity.  It is more possible than ever, when strong partnerships are in place and the right stakeholders have open channels to each other.

In KAICIID’s programming, we attempt to further this goal through the use of intercultural dialogue, for example through the European Policy Dialogue Forum on Refugees and Migrants. After the first Forum in Athens in October 2019, the 2nd European Policy Dialogue Forum on Refugees and Migrants on 3-4 November 2020 that KAICIID organized with the Network for Dialogue and the support of the German Foreign Ministry and the European Commission Representation in Germany showcases our role as a convener to bring together policymakers, religious leaders, academics and civil society representatives to learn from each other and strengthen social inclusion policies.

We particularly welcome the focus of the Action Plan on migrant women, and the need to take stronger action to promote their integration. Migrant women typically face a double barrier to integration: both as migrants, and as women. Research has consistently revealed that their employment outcomes are worse than migrant men, and non-migrant women. Their participation in host societies and their ability to take advantage of available opportunities for integration are often hampered by their family and childcare responsibilities.

As a result, they are often overqualified for the jobs they hold, or tend to hold part-time employment, among other issues. These issues have been actively addressed in KAICIID’s Refugee Programme by developing a series of dialogue cycles specifically for women that resulted in a Toolkit that is available for free on our website and will be available next year as an online course.

The Action Plan also notes the key role that churches and religious communities play in achieving a truly effective and comprehensive integration policy. At KAICIID, we are indeed convinced that religious communities and religious actors have a key role to play in integration processes that continues to be often overlooked. From welcoming and hosting refugees and migrants, to providing pastoral and educational support, providing a social support system, and also creating a space for dialogue and inclusion between host communities and refugees and migrants, religious communities are at the forefront of social inclusion processes. Actively engaging religious actors from various religions, from Christian to Hindu and Muslim to Jews, will allow us to build a more cohesive Europe. We live this example through our support for the Network for Dialogue, officially launched in March 2019. Its 25 members are faith-based and secular organizations that work on the social inclusion of refugees and migrants and are using intercultural or interreligious dialogue in their work.

The recent 2nd European Policy Dialogue Forum, which concluded recently, examined many of these issues in detail. Participants at the Forum brought up a number of recommendations, both for the EU and national governments, especially in the area of training, capacity-building and funding of formal and non-formal education systems. We look forward to supporting the implementation of this Action Plan through the Forum, the Network for Dialogue, our Refugees Programme, and other mechanisms.