Network for Dialogue panelists at at EuARE Conference call for open, inclusive approach to integration 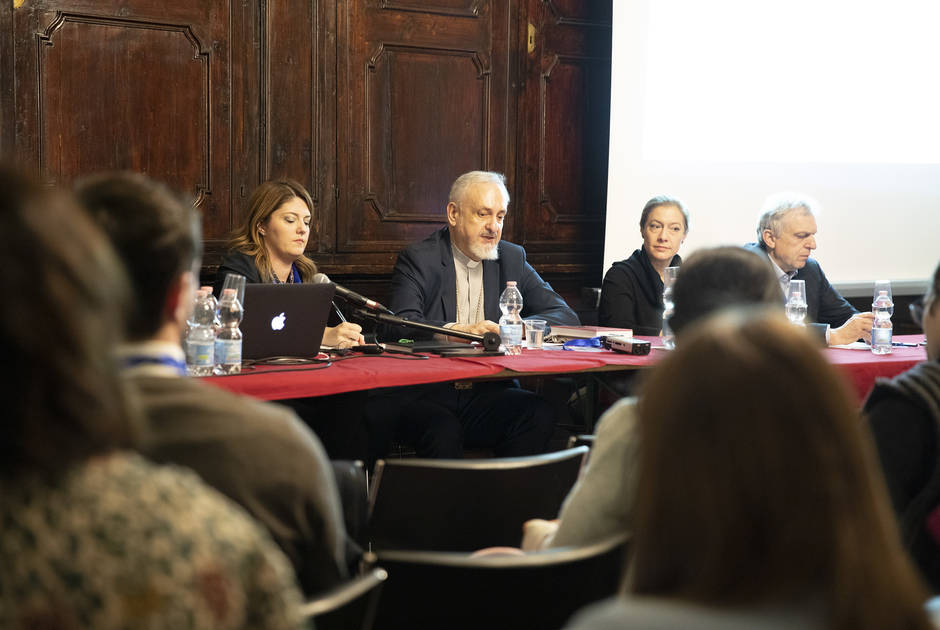 Partnership between faith based organizations and secular institutions can greatly improve integration conditions for migrants and people seeking refuge, according to a panel of experts from the KAICIID-supported Network for Dialogue at the annual European Academy of Religion conference.

Held on March 5 in Bologna, the conference welcomed the newly launched network to host two panels on the topic of “Dialogue as an Approach to Social Inclusion of Migrants and Refugees." The network is comprised of representatives from faith-based and secular organizations, which support the integration of people seeking refuge and migrants in Europe.

“We need welcoming societies, especially in Europe, that are able to develop their intercultural integration of people with diverse backgrounds and traditions,” said KAICIID Board member, His Eminence Metropolitan Emmanuel of France.

“To continue building religious pluralism and civil peace requires that we, as faith-based organizations, set signs of hope rather than spread fear,” he said. “The promotion of reconciliation and peacebuilding in Europe and elsewhere is a participation of God’s mission in and for the world. The churches, therefore, are called to practice peace (shalom), which is more than mere absence of armed conflict.”

Dermana Seta, Adviser on Combating Intolerance and Discrimination against Muslims for the Office for Democratic Institutions and Human Rights (ODIHR) at OSCE, agrees that there are improvements which both faith based organizations and secular institutions can partner on, in order to make sure refugees are successfully integrated into their European host countries.

“We need to create a ‘contribution mentality’ and walk away from victim mentality,” she said in relation to Muslim communities in Europe. Inclusion means ensuring there are safe spaces for individuals to explore their understanding of religion as well as discuss their personal experiences and beliefs.

Through the Network and other projects, KAICIID and Red Cross Vienna have already begun to address the need for safe spaces to dialogue, such as through a series of dialogue workshops hosted in Vienna, which are intended to build the capacity of people seeking refuge to approach their integeration proactively and from a position of empowerment.

Karl Zarhuber, from the International Federation of the Red Cross (IFRC), spoke about the positive impact that such partnerships can have on social inclusion. “It is an exciting journey as a secular organization working with faith-based organizations as we look for a deep impact for people seeking refuge,” Zarhuber said.

These sentiments were echoed by the other panelists including Elena Dini from the Sacred Heart Basilica in Rome, Carl Dahlbäck from the God’s House Interfaith Project outside of Stockholm, Archimandrite Panteleimon Papasynefakis from the Greek Orthodox Church, Marine Liakis, Director of the Orange House in Athens and Mabrouka Rayachi, a School Inspector from Lower Austria.

Panelists agreed that there are responsibilities for both refugees and their host communities in order to make integration work. This means that communities need to be open and inclusive, and refugees should work to integrate as best they can, taking advantage of all opportunities provided to them.