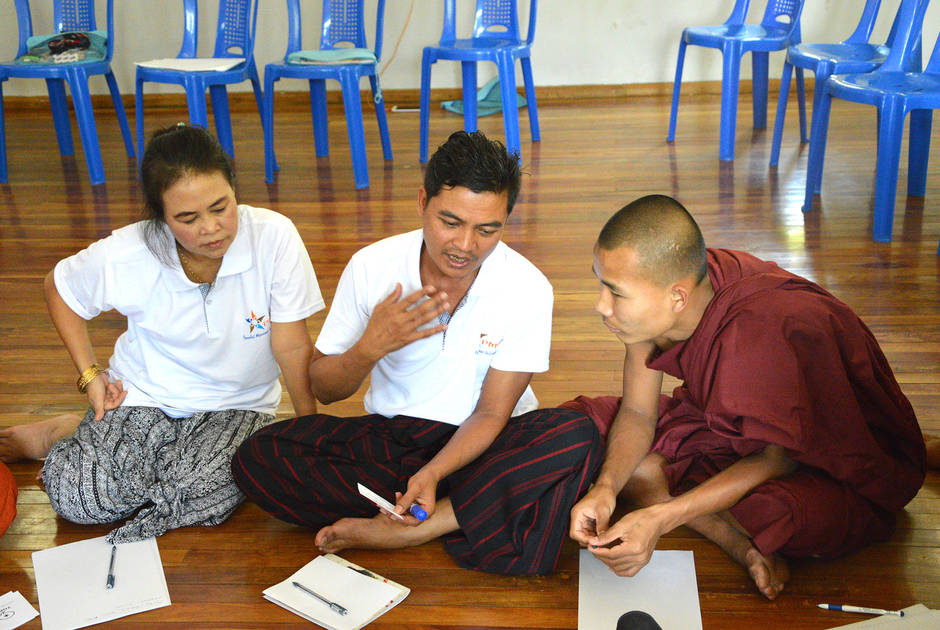 Through PMI’s various outreach and training activities, policymakers and other government representatives will be trained alongside civil society and religious leaders. State Counsellor Aung San Suu Kyi, in her address to the diplomatic community in September 2017, emphasized that “conflict can only be resolved through Dialogue”, while expressing the need to support “inter-community harmony projects” as part of the Government’s efforts to mitigate conflict.

The training will also soon reach those working in Myanmar’s Rakhine state, where long-standing tensions have violently erupted, most acutely affecting the Rohingya community, while animosity and persecution is increasingly spreading towards other religious minorities as well.

“Myanmar is in need of dialogue capacity, especially as inter-communal tensions are rising. In KAICIID’s role as an international organization, we bring our expertise in interreligious dialogue to train local leaders and youth with the goal of promoting social cohesion through sustainable dialogue platforms. Myanmar needs institutional support to solidify social cohesion, and we are here to contribute to this process,” said Anders Frantzen, the KAICIID Programme Manager for Myanmar.

The Interreligious Dialogue Training Centre, the first such institution in Myanmar, is hosted in the city of Pyin U Lwin by the Asia Light Foundation, a monastery-based philanthropic organization led by Sayadaw Ashin Seindida, a Buddhist Monk and member of the PMI. The training centre is staffed by experienced religious and community leaders as well as graduates of the KAICIID Fellows Programme.

Ashin Seindida voiced his appreciation for KAICIID’s partnership and support for the initiative to promote interreligious dialogue in Myanmar, which he feels is essential in building community cohesion:

“Conflict arises nearly every day in fragile communities throughout Myanmar, yet, few are equipped with the tools to prevent it or to facilitate dialogue. Many people suffer needlessly, while few know how to prevent conflict in a peaceful way. This Training Centre will give young people the tools they need to dialogue. Genuine reconciliation can only happen through dialogue.”

The centre has already trained 13 young women and 16 young men from 14 different townships with different religious backgrounds. Following the two-week training programme, these young people returned to their communities to promote interreligious understanding and mutual respect through trainings and dialogue activities.

Mai Mai, a participant said, “At first I thought 14 days of training is quite long, but now I see, it’s very short. I wish I had more time to learn and listen to my friends and to dialogue so that we can understand each other.  My friends and I here are very committed to sharing knowledge, skills and – most importantly – the values that we learn from the training to our communities when we return.”

The PMI is a multi-religious and inclusive network composed of prominent religious leaders from different faith traditions (Buddhists, Christians, Hindus and Muslims) and civil society organizations who promote dialogue across Myanmar.

The Centre’s work in Myanmar focuses on developing interreligious networks to build social cohesion and revive the spirit of tolerance that has previously existed in the country. The Centre helps establish local and national networks and supports initiatives that enable and empower stakeholders to work together to promote dialogue, interreligious harmony and peace in Myanmar.