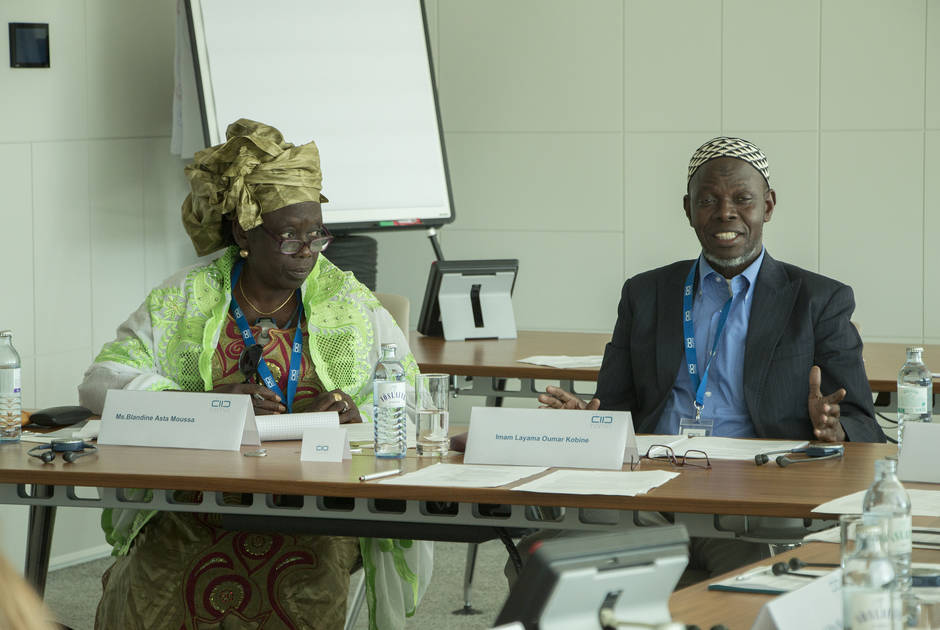 Muslim religious leaders from the Central African Republic met in Vienna on August 27 to discuss how they can bring together Muslim communities from across the country in support of national dialogue and reconciliation.

The meeting was convened by the International Dialogue Centre (KAICIID), the Network for Religious and Traditional Peacemakers, the Organisation of Islamic Cooperation (OIC) and the Forum for Promoting Peace in Muslim Societies, which have joined forces to develop a long-term initiative to support the involvement of religious leaders in the process of national reconciliation in CAR.

Moderating the session, KAICIID Senior Adviser Mohammed Abu-Nimer stressed that without cooperation, the future of the country is at stake: “Allowing disagreements and past issues to hinder progress means failure for this reconciliation process. Until the religious communities in the CAR can overcome their differences, both within and among the groups, no progress can be made. This is not easy, but it must be done, and done in a dialogical way.”

The conflict in the Central African Republic has killed thousands and left hundreds of thousands homeless. A report submitted to the UN Security Council on December 19 2014 said up to 6,000 people had been killed though it "considers that such estimates fail to capture the full magnitude of the killings that occurred".

Tens of thousands of Muslims live in UN-protected enclaves, and those outside these zones have been targeted with impunity, according to reports. More than one million people, Animists, Christians and Muslims, have been displaced. Women, and in particular Muslim women, and children have faced particular victimisation as a result of the militarisation of the conflict. Many continue to be enslaved to this day.

Despite a ceasefire concluded in July 2014, violence, widespread poverty, and displacement continue to be problems, with reports of violence continuing as recently as August 2015.

A reconciliation process is underway: the Bangui Forum in May 2015 brought together nearly 700 leaders from diverse groups within the CAR’s society—including the transitional government, national political parties, the main opposing armed groups (the Séléka and anti-Balaka), the private sector, civil society, traditional chiefs, and religious groups—to define their collective vision for the country’s future. One of the recommendations of the Forum is to strengthen the role of religious leaders in the reconciliation process.

But in addition to promoting inter-religious cohesion, intra-religious cohesion continues to be a challenge in the ethnically and religiously diverse country. Issues of national and ethnic identity and citizenship complicate the religious leadership’s attempts to forge a united way forward.

The group made preparations for an Intra-Muslim Conference later in the fall, where participants will discuss issues concerning Muslim citizenship and identity and how these issues can be addressed within the larger framework of national reconciliation.

KAICIID in the Central African Republic

Independently of this process, KAICIID is also working with international NGO Search for Common Ground to facilitate a process of inter-religious dialogue, to bring different religious communities together to better the future of the country.

KAICIID Deputy Secretary General for External Relations, Alvaro Albacete added that this joint initiative will support the work being done by the United Nations agencies in the country, and that it has received the blessing of the transitional government, inter-religious groups in the country and NGOs involved in reconciliation efforts.

“This initiative underscores the long-term commitment that KAICIID and its partners have toward the process of national reconciliation in CAR. The Conference will be the first phase of a multi-year project that we foresee in the country,” he said.

He added that this initiative also reinforces the work that KAICIID is doing to support the Platform of Religious leaders in CAR with its partner Search for a Common Ground.