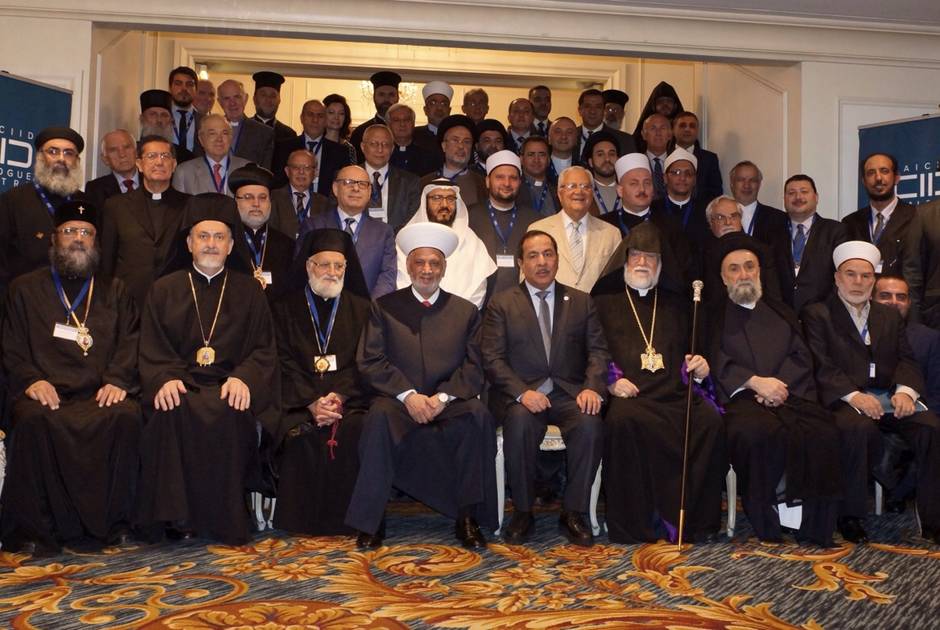 Religious leaders at Athens meeting to propose projects to support citizenship rights and peaceful coexistence between Christians, other religious and ethnic groups and Muslims.

Religious leaders from Christian and Muslim communities in the Middle East will gather in Athens in September to discuss plans to better support the citizenship rights of Christian, other religious and ethnic groups in Iraq and Syria.

The meeting, which will take place from 2 to 3 September, is a joint initiative of the Ecumenical Patriarchate of Constantinople and the Vienna-based KAICIID Dialogue Centre, with the support of the Hellenic Ministry of Foreign Affairs.

The meeting will bring together Christian and Muslim religious leaders from across the Middle East, including representatives from the Armenian, Catholic, Evangelical, Rum (Greek) Orthodox, Syriac Orthodox, Sunni, Shi’a and Druze communities.
His Eminence Metropolitan Emmanuel, who is a member of the KAICIID Board of Directors, said the meeting will give Muslim and Christian religious leaders the chance to intensify their joint work to address the critical situation facing Christians, and other minority groups, in Iraq and Syria, where violence and political upheaval have placed long-established communities in jeopardy.

“Christian communities are integral parts of the diverse societies of the Middle East. It is essential for religious leaders from all faiths and denominations to speak with one voice, and address this current crisis to preserve the endangered communities. Christian communities have lived in this region for over 2,000 years and contribute to all aspects of Middle Eastern societies. Their loss would be a catastrophe for coexistence and the region as a whole,” he said.

The meeting will underline the role of religious leaders as active peacemakers, rather than passive observers of religious co-existence and conflict. The leaders will take stock of the existing situation, map out requirements, share best practices and develop concrete follow-up measures that can be implemented at the regional level.

Plans include establishing a task force of high-level religious leaders to engage policy makers in the region to address the security and needs of Christian and other religious minorities and ethnic groups in the region.

The meeting is part of the "Dialogue between Christians and Muslims" that the Ecumenical Patriarchate initiated, in partnership with relevant Islamic organizations, as a means to use interreligious dialogue to facilitate peace and reconciliation.
The meeting is also convened under KAICIID’s “United against Violence in the Name of Religion (UVNR)” initiative, which seeks to foster cooperation between religious institutions and governments to counter extremism, particularly in Syria and Iraq.
The UVNR initiative was launched at a meeting in Vienna in November, 2014, where leaders of Muslim, Christian, and other religious and ethnic communities from Iraq, Syria and the larger Middle East region jointly issued the Vienna Declaration, which denounced violence in the name of religion.

Since then, the initiative has continued to grow. KAICIID with partners such as UNESCO, the UN Office for the Prevention of Genocide and ISESCO, as well as NGOs are implementing these recommendations.

He added that the event underlines the Ecumenical Patriarchate’s and KAICIID’s mission to provide platforms where religious leaders can take an important role in crisis management and conflict resolution.