Mercy Wambui Muigai: “I used to view interreligious dialogue as a debate and that has since transformed” 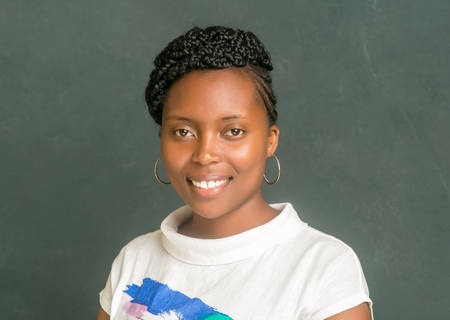 Mercy Wambui Muigai, the founder of Impact Communities, was shocked when she recently attended what was supposed to be an interreligious dialogue forum organised by students in her community, in Nairobi, Kenya. “It turned out to be a debate on the scriptures. They were asking questions like ‘was Jesus really the son of God?’ Despite their efforts and good intentions, you could see that there is still minimal understanding of dialogue in my community. There is still a long way to go for people to understand the concept of interreligious dialogue,” she recalls.

Now, after graduating as a 2018 KAICIID Fellow, she can see how her understanding of interreligious dialogue was similar to that of the students before joining the programme: “A lot has improved on my end. I used to view interreligious dialogue as a debate and that has since transformed, because now I find dialogue to be more of a learning experience. A dialogue forum is not about justifying why we are right and the other is wrong, or about having everyone leaning to one side. Interreligious dialogue is not about where I stand and where you stand; it is about letting me know what you know, how you see it, and also about me having the chance to let you know where I stand.”

This understanding of interreligious dialogue has been, for Mercy, a Christian Anglican, the most valuable takeaway from the Fellows Programme. She now feels empowered and finds herself in a better position to facilitate dialogue. In fact, interreligious dialogue has become the main aspect of her organizations’ work towards the country’s peace agenda.

In her community, part of a Christian dominated area, memories are still fresh with the Garissa University attack in 2015, where ‘Al-Shabab’ militants killed around 150 students. “Muslims are being side-lined. They are seen with suspicion, as if they were the cause of the problems happening in the country and in neighbouring countries. Some of them say they are not comfortable, as they are seen as suspects who committed a crime. Our community hasn’t fully accepted them, there are signs of mistrust. We have to work a lot on interreligious dialogue,” Mercy says.

Her project with KAICIID aimed to counter this mistrust by raising awareness about interreligious dialogue through Facebook. With a campaign involving Muslim and Christian students from five universities, her message on the importance of interreligious dialogue for peace reached 12,000 Facebook users. The feedback received through the campaign and the workshops showed her community’s receptivity towards such projects. “Students are motivated and willing to learn. If university leaders would come up with interreligious projects, students would be willing to implement them.” Mercy will take advantage of this motivation and, with her new skills, respond to them with more dialogue activities.

29 Nov, 2018
Faced with rising violence, KAICIID Fellows 2018 graduate with the commitment to promote peace in their communities
END_OF_DOCUMENT_TOKEN_TO_BE_REPLACED