Launch of the 2018 International Fellows Programme 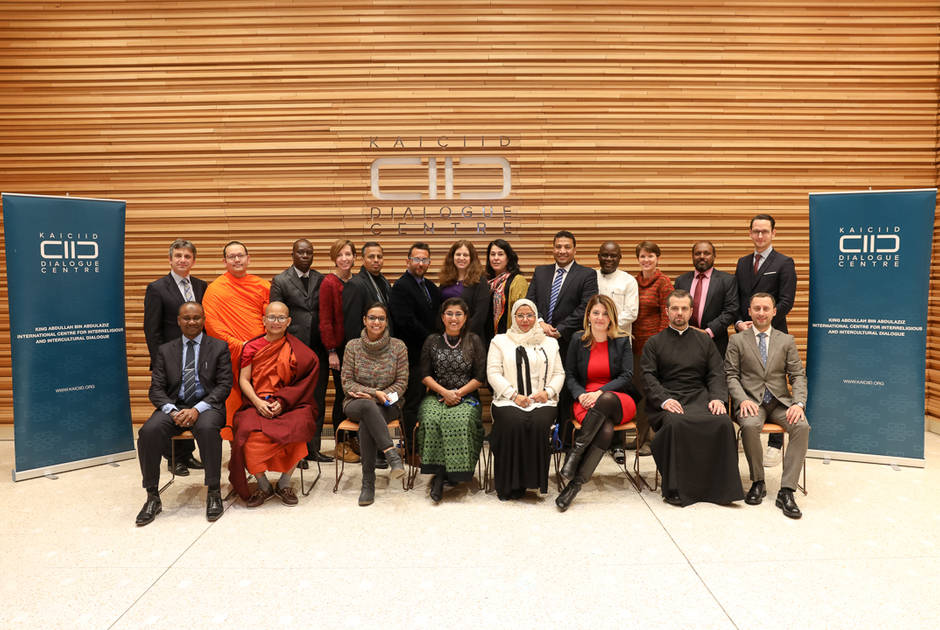 The International Dialogue Centre (KAICIID) launched the International Fellows Programme for the fourth consecutive year to intensively train dialogue methodologies and provide intensive interreligious encounters to prepare them to teach and use these methods in their institutions.

The 2018 Fellows from 18 countries and of six religions, including Christian, Jewish, Muslim, Buddhist, Hindu and Yazidi will spend an intensive year that includes on-site and on-line learning. Much of the training involves focused dialogues with peer educators and dialogues advocates from other religions and cultures, learning dialogue through practical application and in theory. The on-site portion includes interreligious encounters and visits to the holy sites of several religions. The on-line courses were developed by KAICIID to prepare these professionals to promote dialogue and coexistence, as well as to acquire additional skills with which they can introduce these methodologies in their institutions and communities.

The Fellows develop, often for the first time, relationships with Buddhists, Christians, Confucians, Druze, Hindus, Jews, Muslims and Yazidi Fellows. They report that these encounters have helped them alter theirs and others false perceptions about other religions.

Over the course of the coming year, the Fellows’ training will include developing and implementing dialogue projects that are supported by micro-grants provided by the Centre. Projects include community dialogues for youth to develop educational curricula, writing books on dialogue, and religious site visits for people who have had little or no exposure to other religions. Since the micro-grant project’s started three years ago, the KAICIID Fellows have undertaken 110 initiatives, reaching over 7000 individuals directly around the globe.

When the Fellows graduate, they are not left alone, rather they become part of the active 112-member Fellows alumni network that continues after graduation to provide advice and support in prompting interreligious dialogue.  For instance, following his training, an Iraqi Yazidi Fellow launched an interreligious dialogue project to help traumatized Yazidi women refugees and refugee Iraqi women from other religious communities to live together in understanding and harmony. Following floods in Sri Lanka, a Burmese Fellow is helping set up an Interfaith Network for Disaster Preparedness and Community Resilience with the Sri Lankan Ministry of Health

About the Fellows Programme

The Fellows aim to build peace and social cohesion in their communities, where too often intercommunal tension is rising or conflict has occurred caused by deteriorating social cohesion. Dialogue, both inter- and intra-religious, helps bridge the growing divisions between communities and individuals and transforms prejudices and misconceptions into mutual appreciation and acceptance.

Every year, the Fellows programme hosts an International and a Regional group. Thus far, the regional focus has rotated from South East Asia to the Arab Region and in 2018 a regional group from Africa will also be trained.